Two brave soldiers, two members of the U.S. Air Force, and two souls bonded for life. Those words describe Kyle Smith and his military dog, Bozda, who willingly put their lives on the line overseas protecting our country.

But when fate caught up to Bozda, Smith had to make the ultimate sacrifice for his best friend.Bozda, a German Shepherd, began working for the Air Force in 2006 as an explosion detection dog. He helped save many lives in Iraq, Kuwait, and Kyrgyzstan by finding bombs before they exploded.

Smith first teamed up with Bozda in 2012, and the two immediately became best friends. 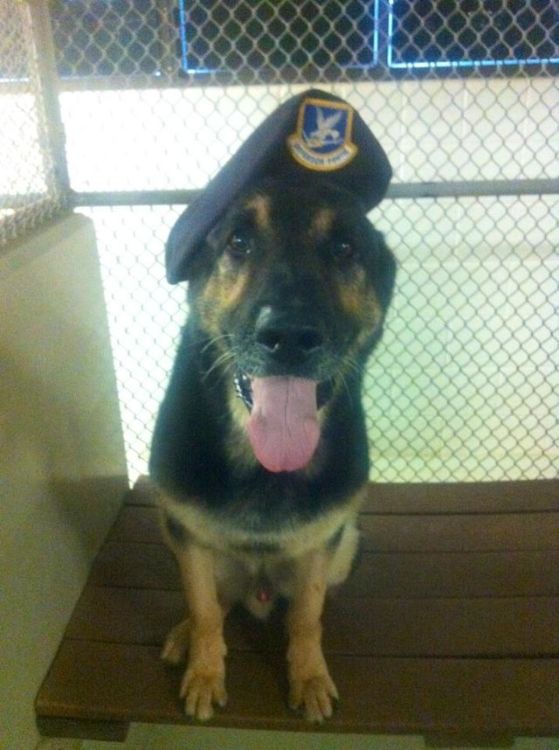 Smith told The Dodo that “I loved working with him because he taught me a lot — patience as a young handler, and how to understand that this job isn’t just about you.” 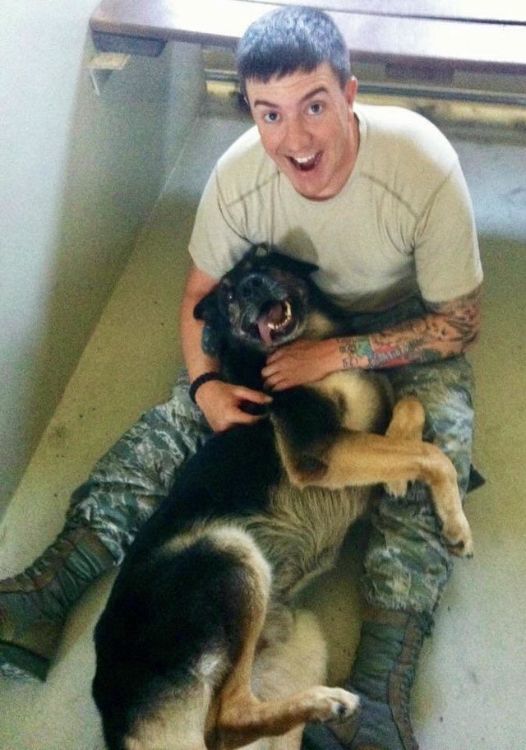 When Bozda officially retired from service, Smith adopted him then and there. “I took him home the same day,” he said. “He was even more loyal at home. He followed me around everywhere. He would lay his head down flush with the bed and tell me good night, every night.” 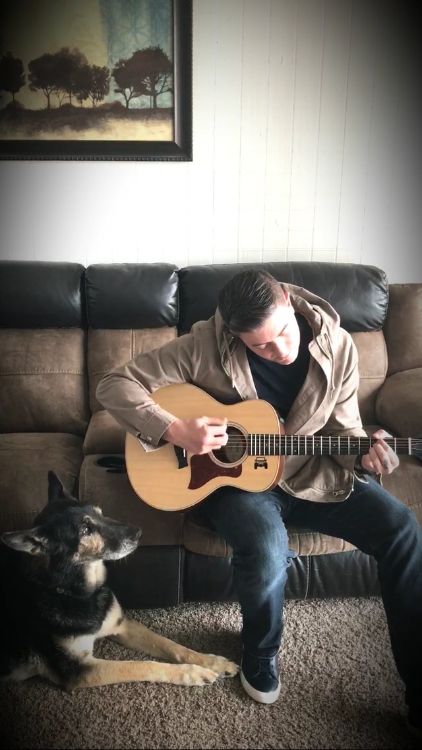 Sadly, in summer 2016, Bozda was diagnosed with a fatal genetic disease called degenerative myelopathy, which affects a dog’s spinal cord. “His hind limbs lost their use, and he could barely stand up anymore, much less walk,” Smith said. “He couldn’t handle the stress on his body and using the restroom was a task.” 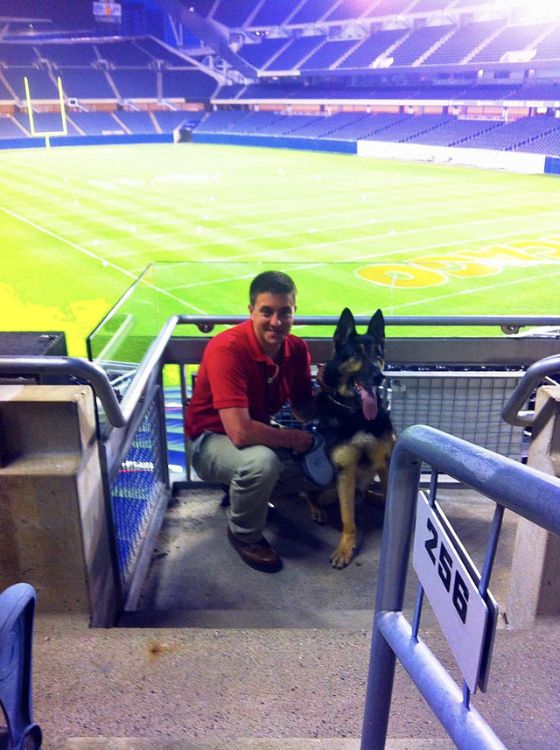 After seeing how much pain this condition was causing Bozda, Smith made the most difficult decision a dog owner has to make. He decided to have Bozda euthanized.Accompanied by nine of his fellow soldiers, Smith took Bozda to the Fort Bliss Vet Clinic in Texas. Bozda was made comfortable and Smith sat by him on the floor until Bozda had passed peacefully away. “I was holding Bodza as he passed,” Smith said. “It was a rush of so many things. It was just overwhelming. He had a smile on his face when he was getting put to sleep.” 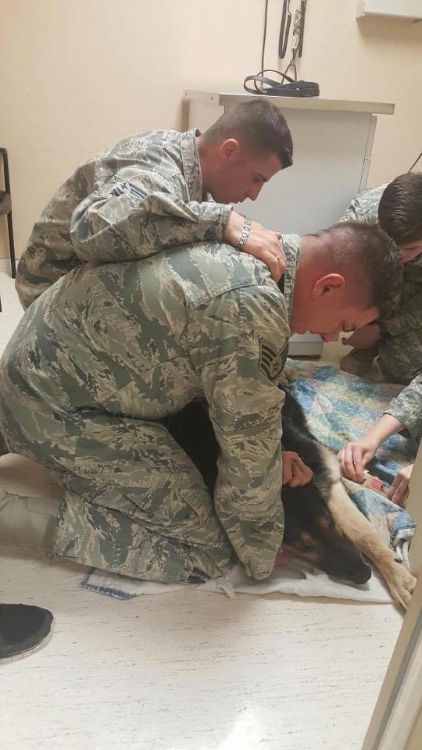 Afterward, Smith broke down crying over his loss. “They let me sob like a baby. They patted me on the back and let me know it was going to be all right. My boss immediately went and grabbed a flag, and draped it over him and let me have a final moment,” Smith recalled.”It was incredible,” Smith said. “There was heartache and peace all at once that came over me.” 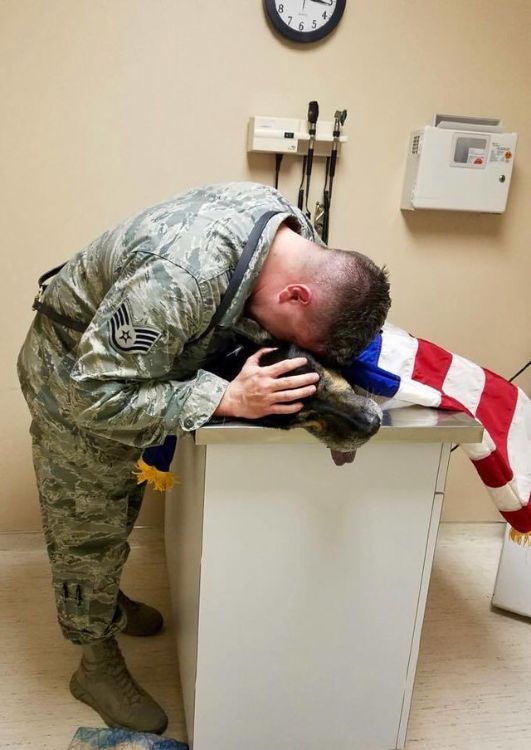 Smith had Bozda cremated, and he keeps Bozda’s collar on the rearview mirror of his car. “I will never forget how loyal he was,” Smith said. “He was selfless — more than any human I’ve ever known. He’s done so much for next to nothing and did it with a smile. I miss him every day.” 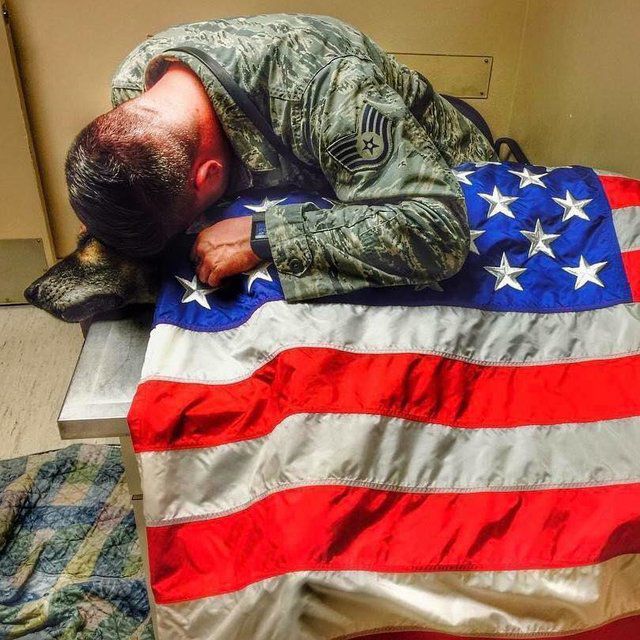 Smith made the ultimate sacrifice for his best friend by recognizing when Bozda’s quality of life was too difficult for him to live through. We recognize the heroic stature of both Smith and Bozda and mourn the loss of a great soldier.