A man was walking through the streets of Lebanon when he came upon a horrific sight. He found a stray dog tied to a box.Her ear had been cut off, she was blind and pregnant, and her body was riddled with pellets.She’d been shot at least 17 times by coldhearted people who considered her worthless.

This heroic passerby picked up the battered dog, brought her home with him to Beirut, and gave her the medical attention she so desperately needed.The staff at Wild at Heart Foundation, a UK-based rescue organization, named the dog Maggie and vowed to find her the perfect forever family.

Kasey Carlin saw a photo of Maggie and instantly knew she needed to bring her home. At the time, Kasey was struggling with depression and having a difficult time connecting with other people.Though Maggie had endured unimaginable abuse, she began thriving with the help of Kasey’s love and attention.

And Kasey began to flourish, too — thanks to Maggie’s loving and joyful nature, Kasey began to emerge from her shell and rediscover her own sense of happiness. 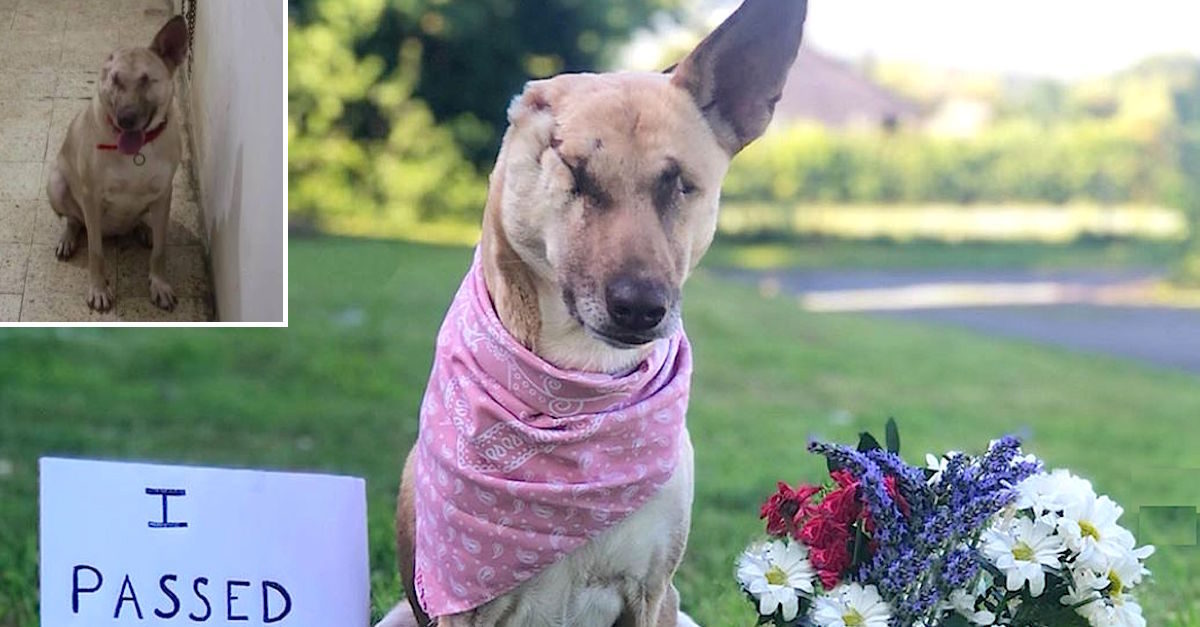 Kasey realized Maggie would make the perfect therapy dog for those who struggle with anxiety, depression, bullying, abuse — all the things she experienced before she was rescued.

As you’re about to see, Kasey’s instincts were spot-on.

In just one year, Maggie has gone from a chained-up and neglected stray to a so-called “Wunderdog” of epic proportions.