It is not a strange thing to see a cat having a friendship with a dog or a fox getting friendly with a dog. But it is very strange to see a lion, bear, and tiger getting along so well. We feel that this thing is not possible as they belong to different species. But it is possible, here is a story of these animals living in harmony and peace with one another.

All these were rescue animals who lived with each other regardless of their differences. Their friendship proves that friendship is possible in every scenario. In 2001, these animals were saved from their owner who was not treating them well. They all were suffering due to malnourishment and parasite infection. 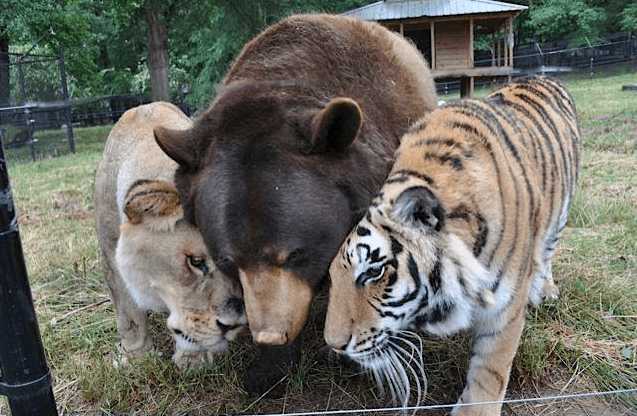 At that time their condition was not that well. The black bear named Baloo was trapped in a  harness that had cut his skin. Shere Khan, a  Bengal Tiger might have died and Leo, an African lion was locked into a very small box and it also had a wound on his face.The authorities immediately took the help of the Georgia Department of  Natural Resources to help these 3 poor animals and find them a new house.

These three got the help of a rescue center called Noah’s Ark. In the beginning they were still under the shock of what they had suffered. But slowly due to the love and care of the staff of the rescue center, the cubs became normal again. 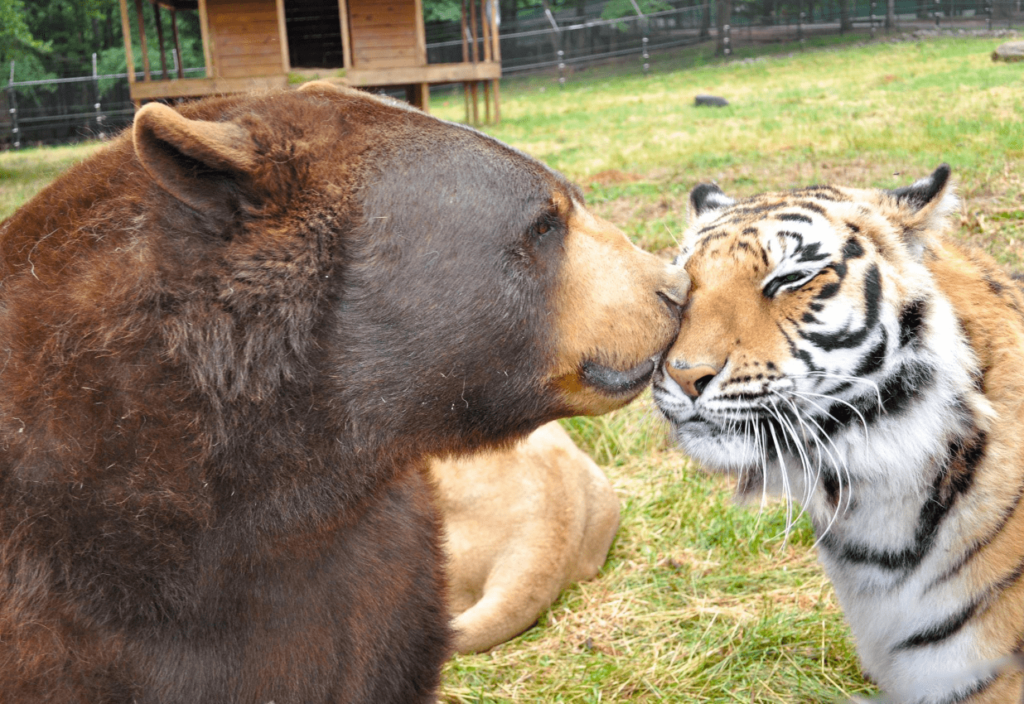 If we talk about the individual personality, Baloo, the bear was the confident and trustful giant. Shere Khan was mischievous and leo was an extrovert. They lived together for 15 years. During this time they were never violent to each other.

But as the rule of the world that one has to leave for the heavenly abode, so even these animals face the same thing. Leo was diagnosed with cancer in 2016 and left shortly after that. Shere Khan died in 2018. Baloo is the only member alive now. He is currently living in a sanctuary. Their friendship is truly an inspiration for all of us.