When a man and his family went fishing in Cape Coral, Florida, they were probably expecting to catch a snapper or trout. Instead, they rescued a drowning dog and reunited the pup with her family, writes blog.theanimalrescuesite.greatergood

At first, Tim Weidow and his family thought they had spotted an otter playing in the mangroves that grow in this area. But as the family pulled closer, they realized they were looking at a dog – and the weary pup was struggling to keep her head above water. 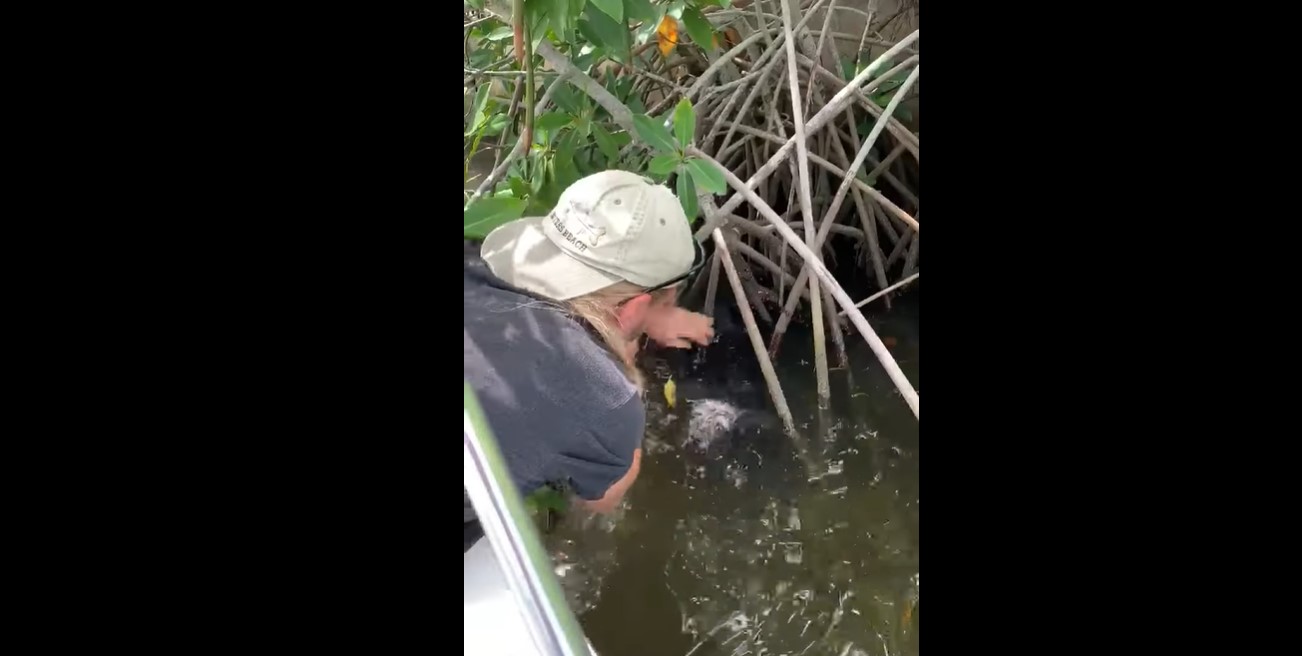 The 5-year-old dog, Bella, had escaped the previous day after her owner left for a trip to Orlando. At some point, the dog must have fallen into the canal, where she got stuck in a tangle of mangroves. By the time Tim’s family found her, Bella had been missing for 15 hours.

After hearing that Bella was missing, the dog’s owner, Michelle Van Der Heyde, had raced home and begun checking all the local shelters. Little did she know her pup was fighting for life in the local canal.

Bella’s story almost had a very different ending. By the time Tim’s family found her, the weary dog didn’t look like she could swim for much longer.

Thankfully, Tim fished the bedraggled pup from the water while his son filmed the entire rescue. They may not have caught any fish that day, but they found something much more important.

As the bedraggled dog recovered on deck, Tim’s son posted the incredible rescue on Facebook, where it was quickly spotted by Bella’s frantic owner.

Within an hour of her rescue, Bella had been reunited with her family — and all because Tim and his family decided to go fishing that day. Thank you for saving this beloved dog!