Nikki Robinson found a tiny raccoon and saved him three years ago. She called her mom Linda, who has had experience raising raccoons. 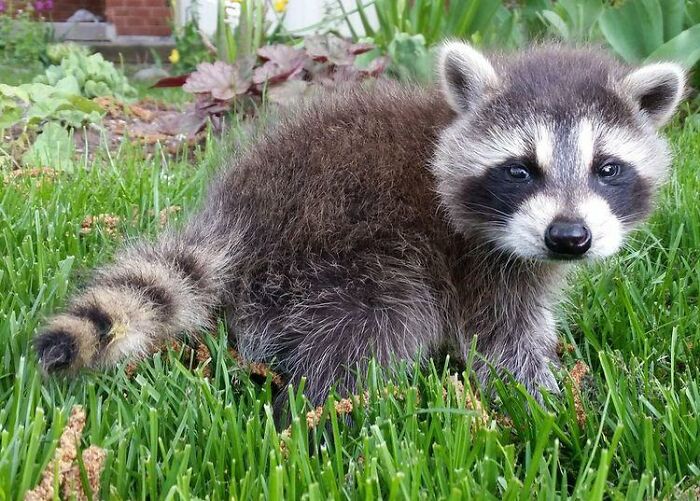 They both named the cute raccoon Little Hands. Nikki and her mom fell in love with Little Hands and raised him like a baby. Mom and daughter fed him, raised him, and eventually let him go. 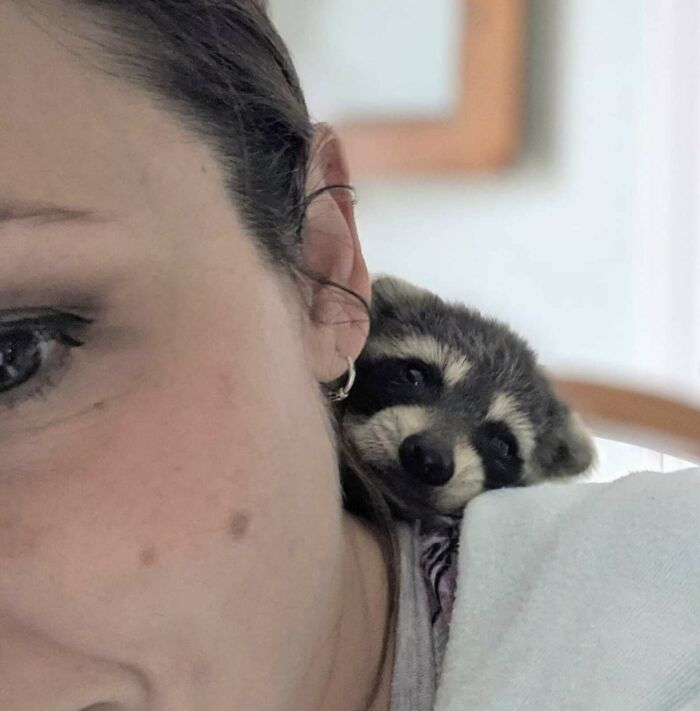 But Little Hands never forgot them. The raccoon comes back anytime for pets or food. 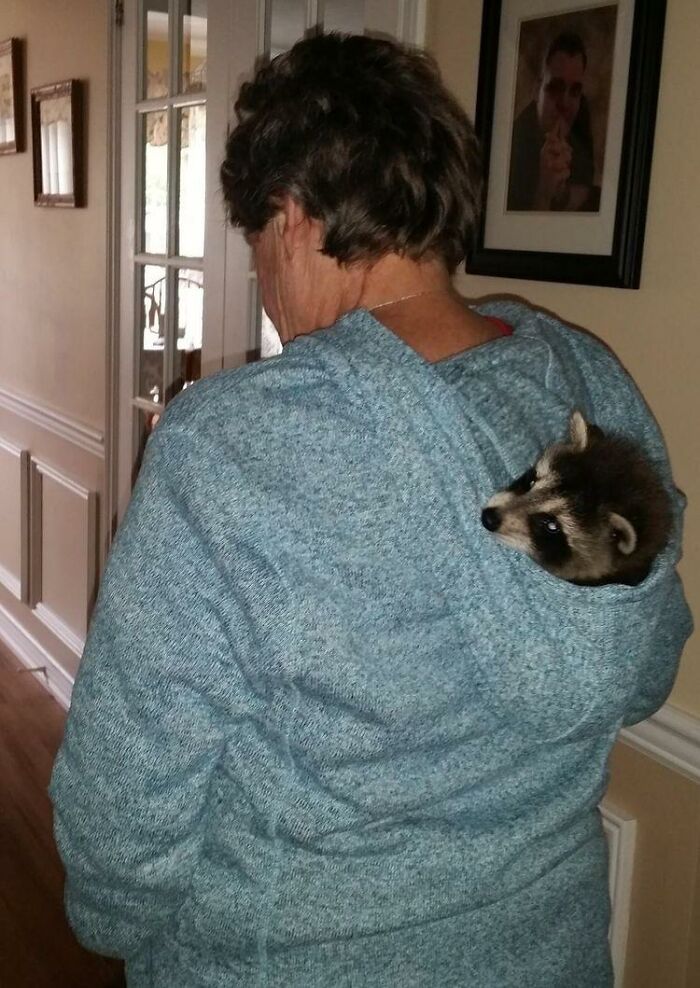 Nikki has said that he would come after a few days or maybe months, but he is always right there. 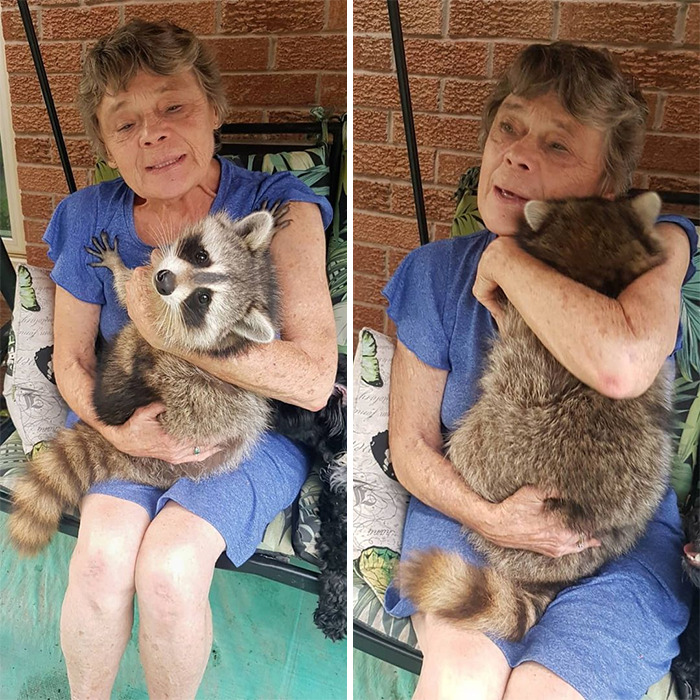 “When we found Little Hands, he was dehydrated, hungry, very scared, but still very feisty. Little Hands stayed with us for about two and a half months before he was fully released into the wild. Little Hands has always been a calmer, peaceful raccoon. Very loving and compassionate, even as he matured. But still wild enough he thrives on his own”, said his owner.