Meet Paddy, the special-needs Chihuahua who was rescued trying to cross a deadly four-lane highway. The doggie was very starved, and kept falling over due to a misaligned disc in his neck. Luckily, he got adopted, and a few months later he even got a very special friend – a lamb named Lily.

When Lily the lamb was in the womb, she didn’t have enough room for her legs to develop. Once she was born, her mother turned away from her for being sick. But, after she got adopted, Lily suddenly found a friend in the Chihuahua.

“When we adopted Lily, Paddy took her under his wing right away and became her official face washer after each and every bottle of lamb’s milk, which at first was every hour,” owner Janell Jensen told The Dodo.

“He snuggled with her to keep her company; she was HIS baby lamb. 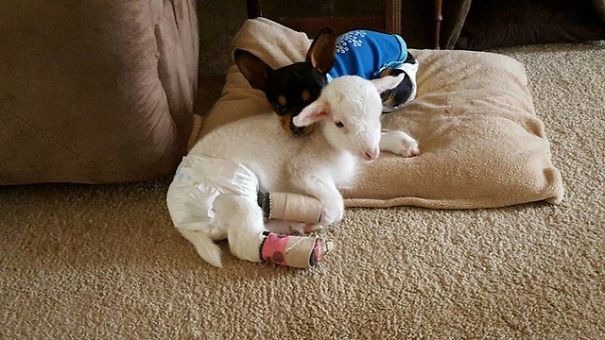 Lily would also walk over to Paddy and snuggle up to him. They loved each other… they were VERY close.” 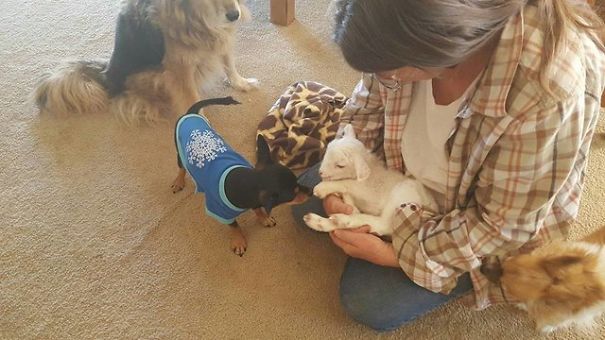 Lily’s humans did everything they could to meet the her needs. Still, after 15 happy months with Paddy, Lily passed away. 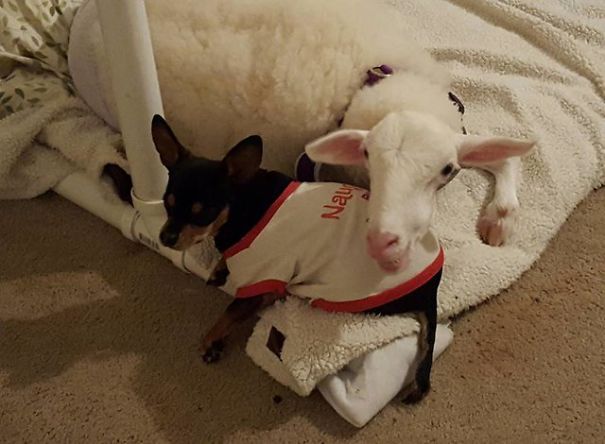 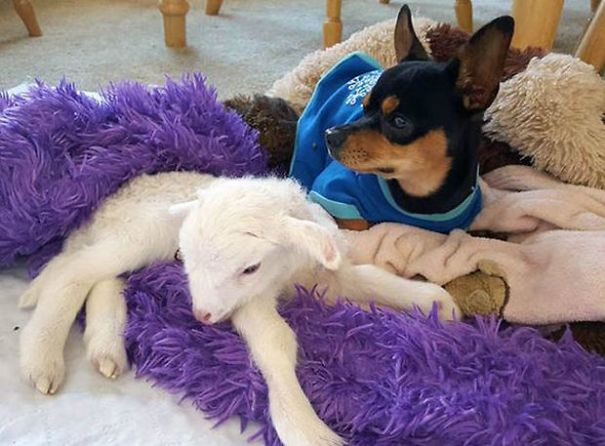 Seeing how upset the dog was, Paddy’s auntie sent him a plushie that looks just like Lily! 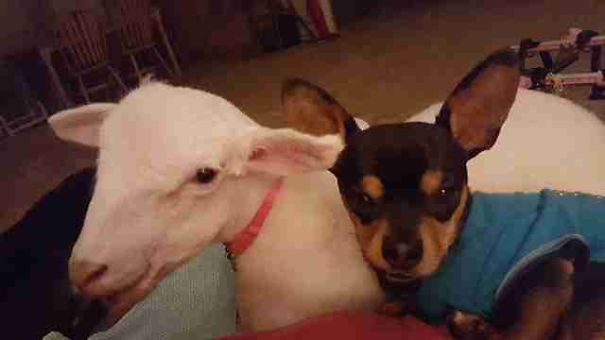 While it cannot replace his friend, the toy definitely helps the dog cope with the grief.