Two brothers died after being struck by a train while walking along tracks at a memorial service to commemorate their other brother who was struck and killed by another train a week previously.

The two men were allegedly drunk when conducting a memorial tribute for a family member who was killed by a CATS light rail last week in Charlotte,

North Carolina, when another tram struck and killed them at the same sport Tuesday morning.

Pablo Tiquiram Us, 29, and Jose Tiquiram Us, 20, were walking north on the southbound tracks in Charlotte, North Carolina on Tuesday when they were struck and killed by a CATS light rail tram.

They were mourning the loss of sibling Balthazar Tiquiram Us, 27, who died at the same spot on July 26 when he drove across the tracks and his Toyota Tundra was struck by a train. An unidentified passenger who was in his truck remains in hospital.

All three victims are believed to have been under the influence of alcohol at the time of their deaths the Charlotte Observer reported.

After Tuesday’s accident, the tram operator stopped the train immediately, and both men were pronounced dead at the scene by medics. 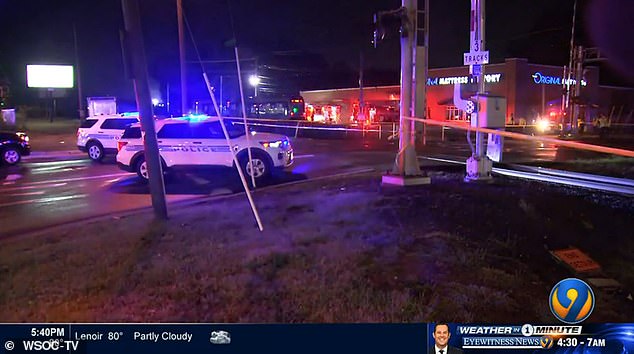 Baltazar died in the incident, and a passenger was taken to the hospital with serious injuries.

None of the four passengers on the train were injured.

Police found that the train operator honked his horn as he approached the crossing and the warning lights and cross arms were all operational, La Noticia reports. 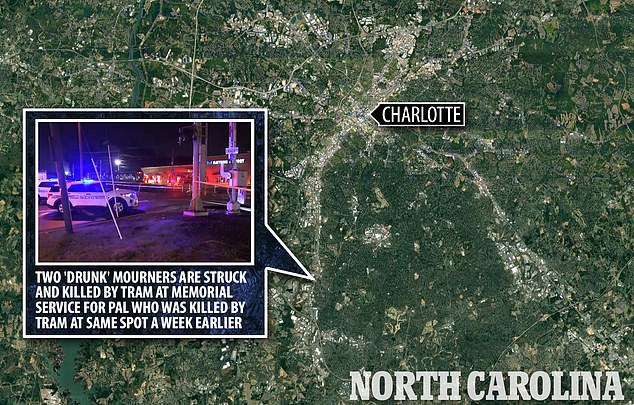 They suspect that Baltazar was also drunk during this incident.

Another incident occurred at the train crossing in 2017, when a 26-year-old woman failed to stop for the crossing arms and signal and was killed. 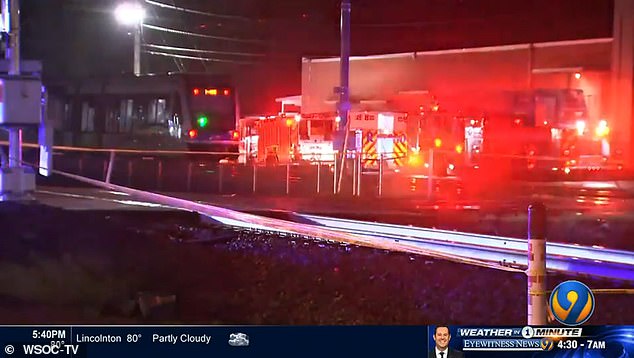 Operation Lifesaver North Carolina, a nonprofit that works to reduce the number of deaths at rail crossings in the state, says accidents like this persist because of drivers get distracted and overestimate how loud a train can be. 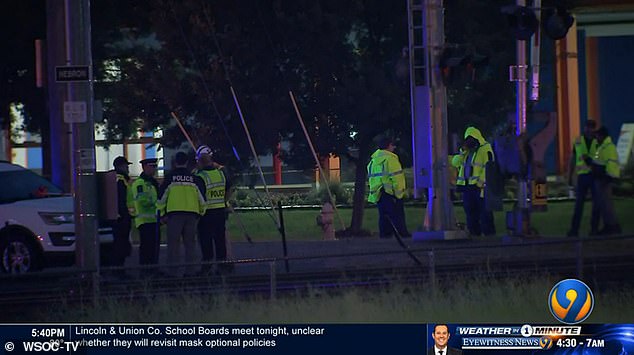 ‘You can’t always depend on hearing a train,’ Margaret Cannell, execuitve director of Operation Lifesaver, told ABC 6. ‘They’re much quieter until they get right up on you.’