Two stray dogs that were found tied to a fence and starving have found their forever homes together. Experiencing shared struggles often creates a strong bond between friends.That was the case with two neglected stray dogs found tied to a fence post in Southeast Portland, Oregon. The two dogs were originally named Phillip and Dade but have since been renamed Biggie and Smalls by their new family.

Smalls, an eight-year-old white poodle mix, had extensive matted hair and vets were forced to shave his coat, while he also had dental issues. Biggie, a six-year-old chocolate Great Dane mix, was under 50 pounds and severely emaciated.It was evident to the veterinarian staff at Dove Lewis Animal Hospital that the two dogs care for each other deeply.

When Biggie entered the emergency room, he searched for Smalls and reached up to the exam table to give his buddy a “nose-to-nose” kiss.“I get teary just thinking about Dade’s [Biggie’s] worried expression when he walked in the room looking for Phillip [Smalls],” Lorri Schinderle, an assistant vet tech at DoveLewis, said in a news release.

“They were so attached. You can tell that they were meant to be together. Dade didn’t leave Phillip’s side, and he wouldn’t stop kissing him and loving him.” 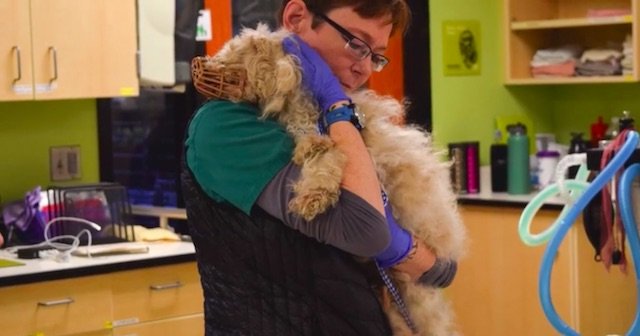 “They were just so worried about each other,” said Dr. Becca Falender, “even when we separated them across the room.”

The dogs were treated and then sent to Multnomah County Animal Services, where they were lucky to be adopted by a family that just knew they needed to stay together! 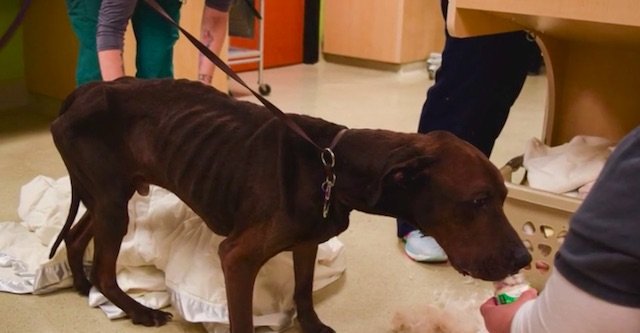 Their new mom, Jen says that Biggie has not only put on more weight, but has figured out how to open the fridge! She says, “They are really sweet dogs and good listeners, when they want to be.” 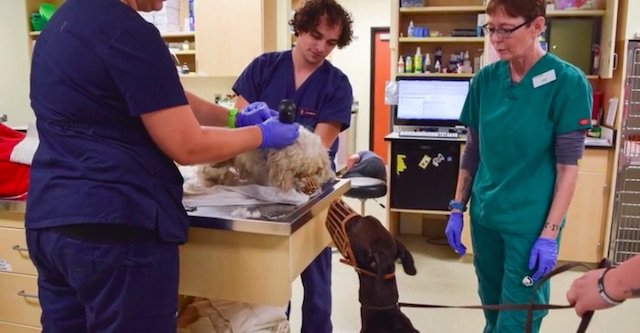 “We were so hopeful that they would find a home together. It feels good to know that we treated them, shaved years of mats off Smalls and gave them hope,” said Schinderle. “It makes me so happy to know that someone is going to love them and they will have a new life together.” 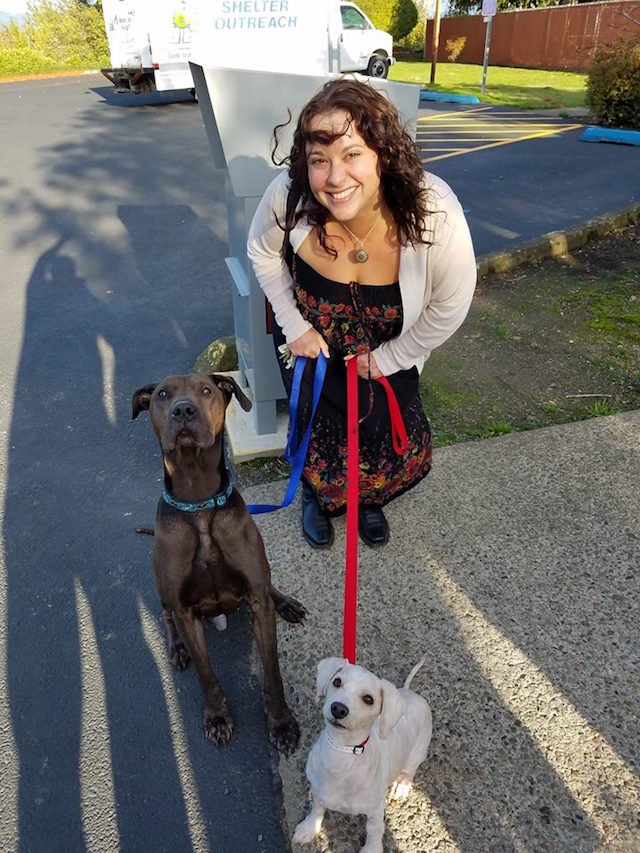 Here’s a video taken live on their adoption day. They’re so excited to see each other again and to be going to their new home!

What a wonderful happy ending for Biggie and Smalls.
Source: https://myawesomedoggy.com/