In impoverished towns and cities, people struggle to maintain food and housing. Miraculously, however, many of these people still take excellent care of their pets.

They may not be able to afford frequent veterinary visits but they use home remedies as well as volunteers from rescue groups that stop by to help.

We applaud every one of these kind folks– providing the essentials is beyond challenging yet they do all they can for their animals.

But despite all the caring souls out there, there are still heartless people who don’t bother to look out for their four-legged family members. This is when rescuers have to step in and do the right thing. 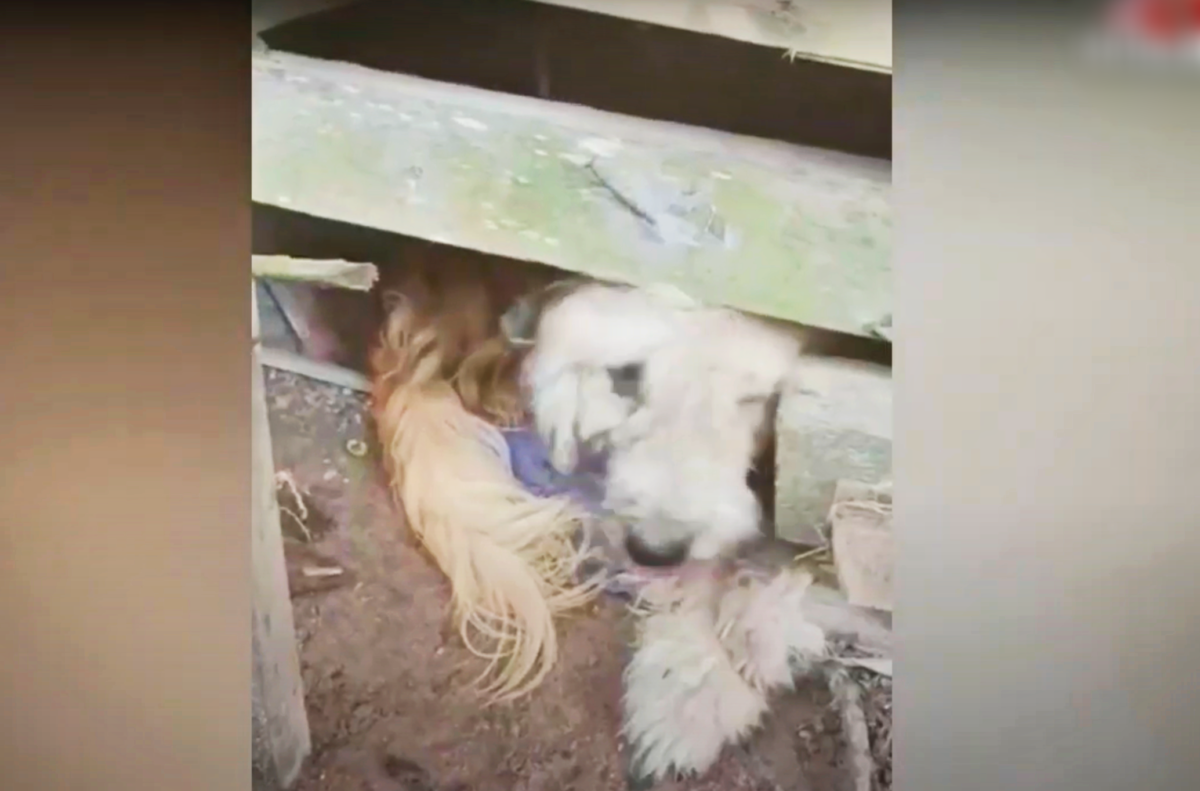 They have to take the animals away and get them the medical attention they require. One dog was living in a makeshift area. It was barely a house and she frequently spent time beneath a poorly built foundation that was nearly collapsing. 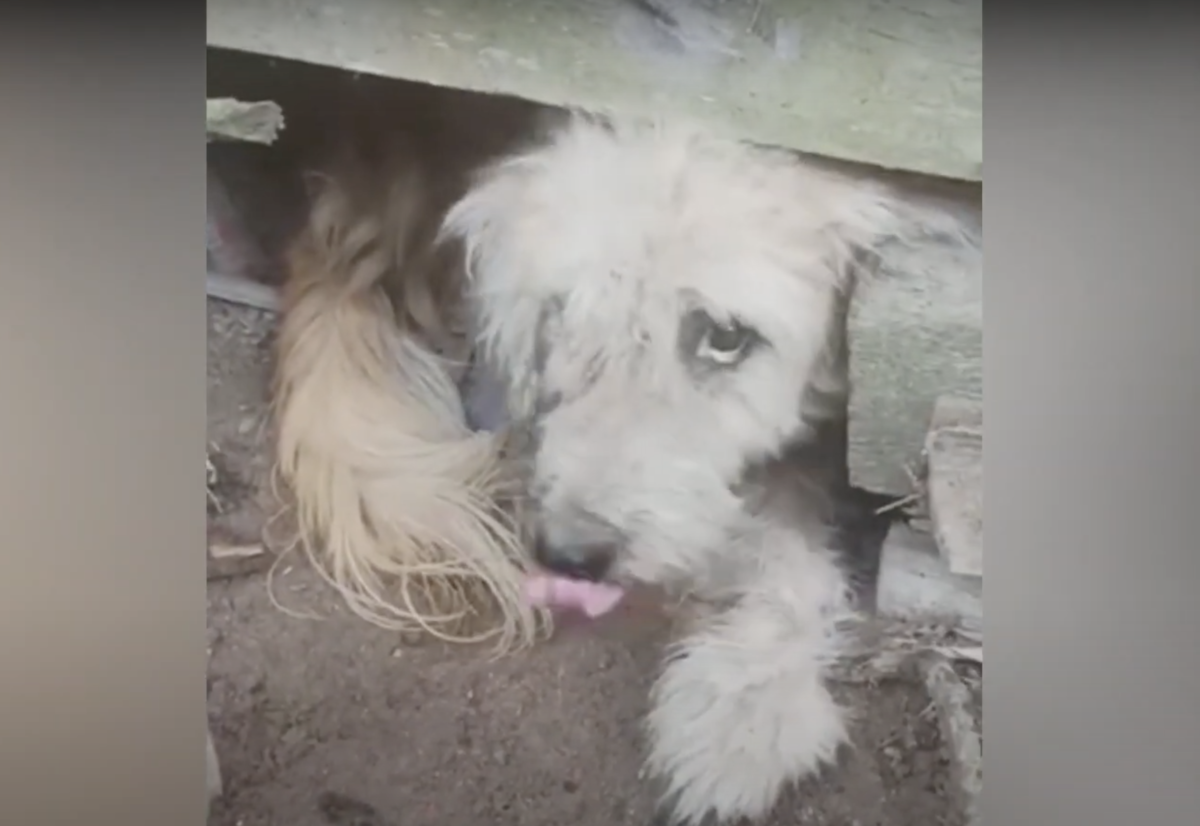 The dog, named Lamyai, was very hesitant of the rescuers that showed up to help her. She wasn’t used to humans being kind to her. The rescuers could tell that she was very thin. She likely wasn’t fed much and survived on scraps or even rocks and dirt. It was a heartbreaking thing to see. The rescuers continued to call to her and tried to get her to come to them. It was of no use. 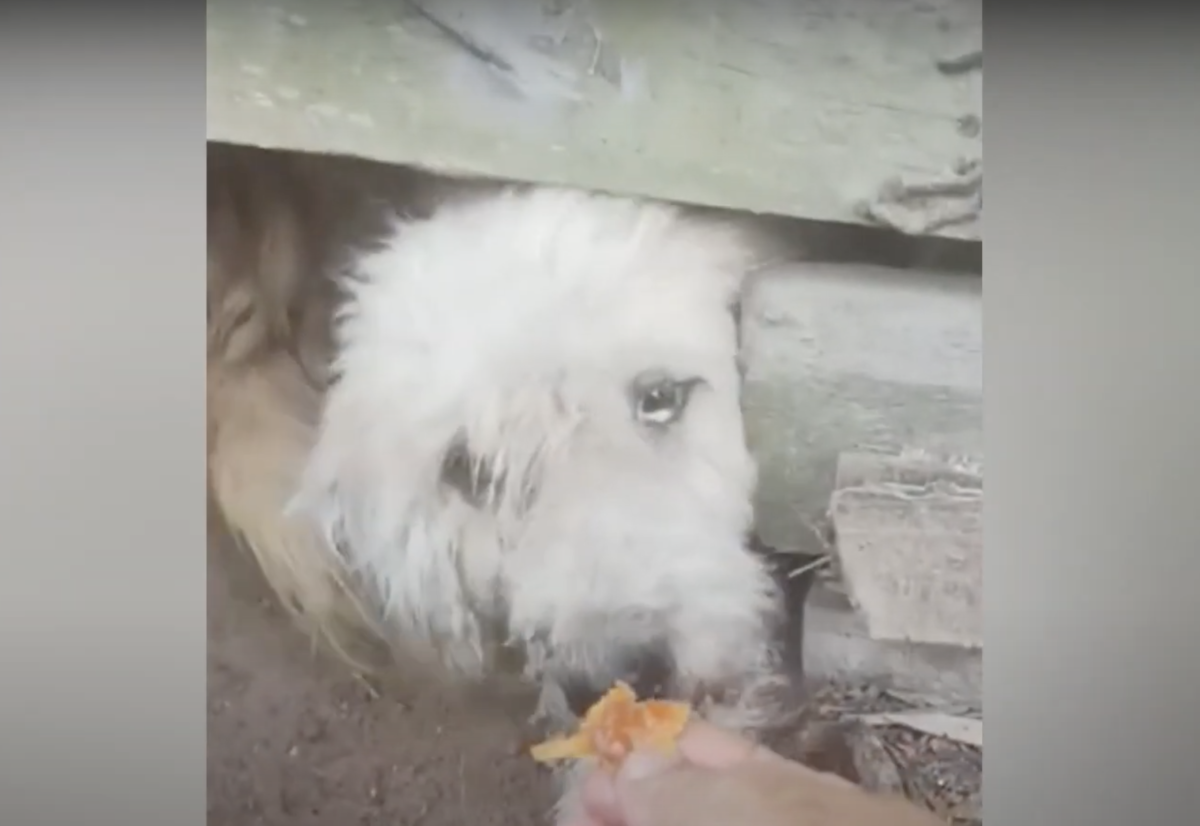 It was time to use some food to coax her out. The rescuer put out her hand and spoke to Lamyai. She told her it would be okay. Lamyai was starving. It was hard to resist what the rescuer had to offer. She poked her head out and took the treat. The rescuer then gave Lamyai some space to show her she was not a threat. Cornering a frightened dog is never a good idea. 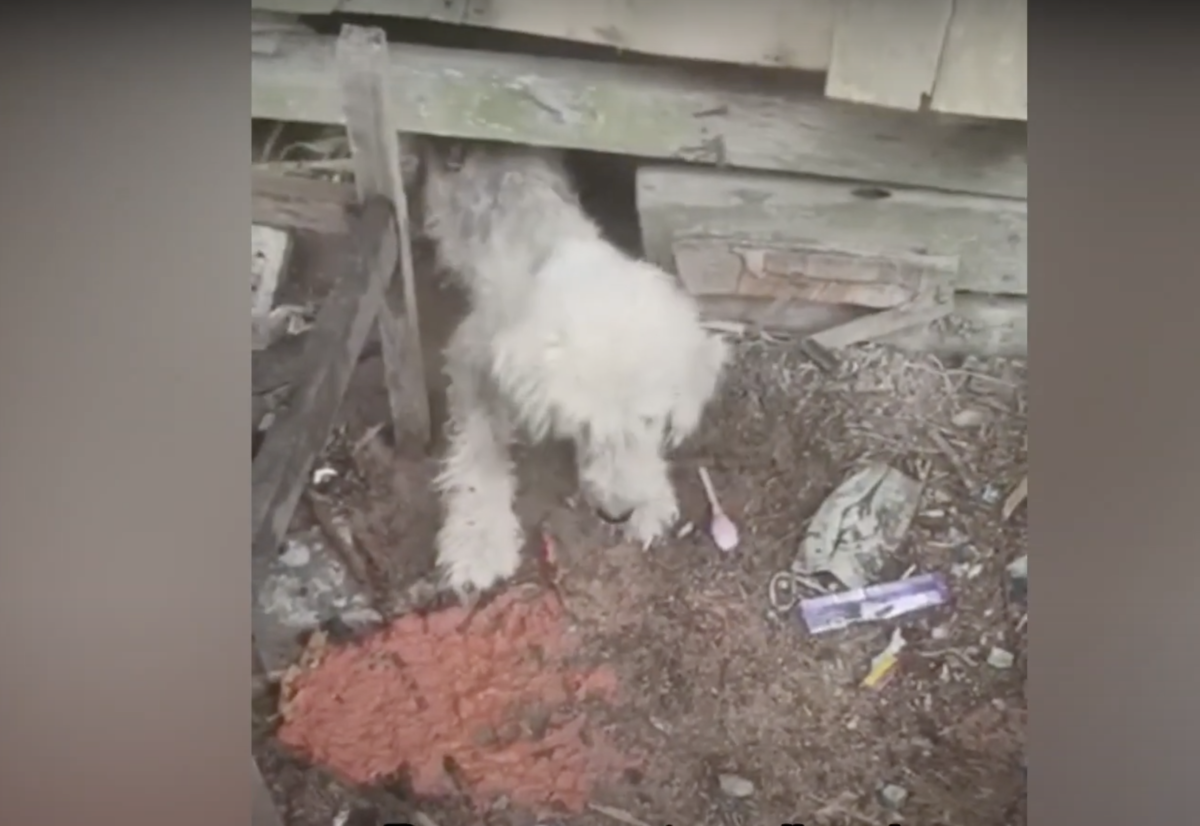 As the rescuer backed up, Lamyai slowly emerged. She then went back beneath the foundation. She wasn’t sure what to do. But with more soft-spoken words by the rescuer, Lamyai finally came out. The rescuer was astounded. Not only was Lamyai so skinny, but she also had advanced skin disease. This poor baby needed urgent care. 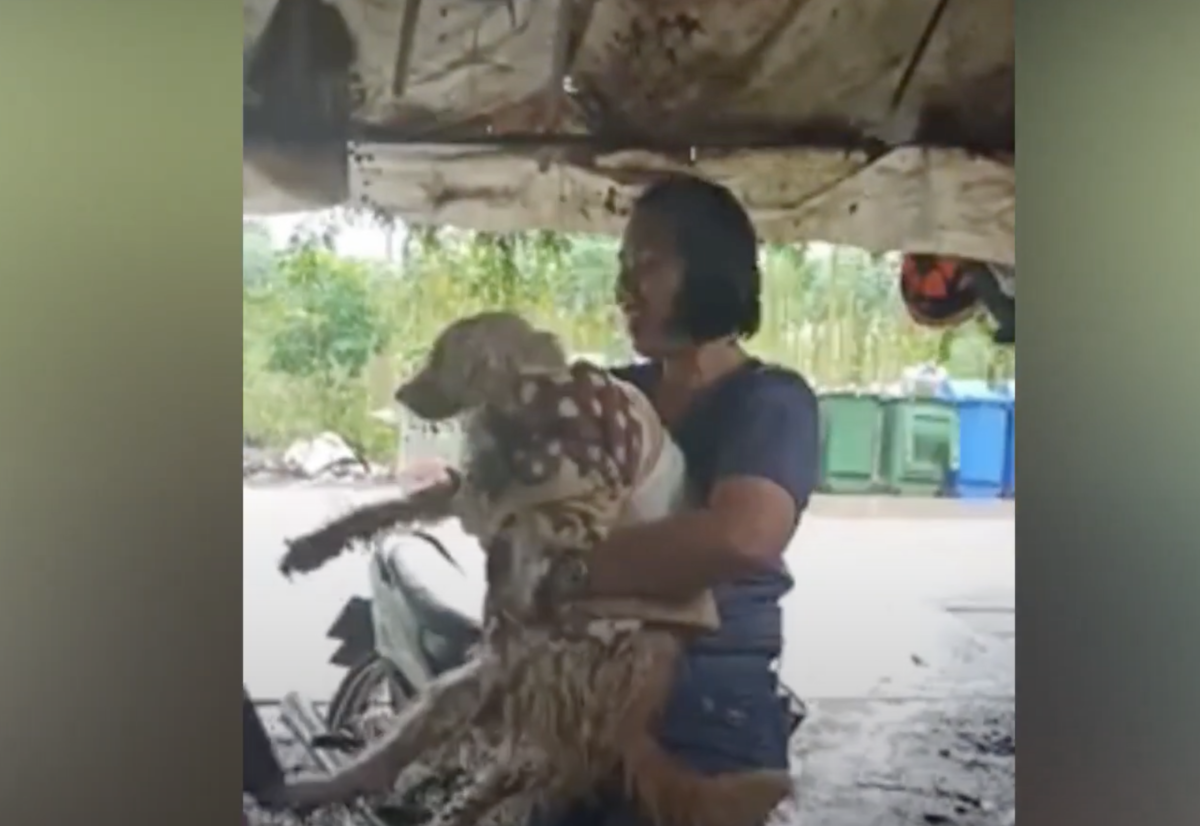 But even though Lamyai came out of hiding, she continued to run away. It was raining out and a dog in her condition likely couldn’t regulate her body temperature. But the rescuers didn’t give up. The main rescuer chased Lamyai in circles around makeshift structures. Finally, after over an hour, the rescuer was able to pick Lamyai up and wrap a blanket around her.

The rescuer told Lamyai’s owners that she was no longer their problem and took her to the vet clinic. She honestly didn’t care if Lamyai’s owners fought back. She was in no mood for their excuses. Lamyai was put right on the exam table. The vet went to work immediately. First, he put in an IV for hydration then he took blood and ran some tests.

Lamyai was severely anemic. Her red blood cells and platelets were extremely low. There was no other choice but to give her blood transfusions in order to save her life. Her coat was also dirty and matted. The staff at the vet clinic waited until the transfusions were done and then shaved her and gave her a much-needed bath. The pup warmed up and began to feel so much better. Lamyai is on her way to a full recovery thanks to the rescuers who wouldn’t give up on the shy dog.