After feeding their two puppies a diet consisting primarily grains, a couple from North Queensland has been banned from owning animals and fined $8,600.

The couple, James McKenzie and Megan Price, were charged with two counts each of failing to comply with an animal welfare direction and failing to treat an animal, according to ABC.

The RSPCA received complaints about the couple, citing animal cruelty. After investigating their property on multiple occasions, the abuse was confirmed and the two puppies, Ula and Roo, were confiscated. The severe neglect stemmed primarily from a poor diet, consisting of “chickpeas, quinoa, rice and grains,” according to ABC.

Due to their diet, the puppies were severely malnourished and needed immediate emergency care.

During the initial inspections, it was noted that Roo had an injured leg, which the couple reportedly treated at home because they couldn’t afford a vet. The treatment was unsuccessful and Roo was suffering immensely because of it.

The couple also said that the dogs were being fed chickpeas and rice because they had run out of dog food and couldn’t afford to purchase more. 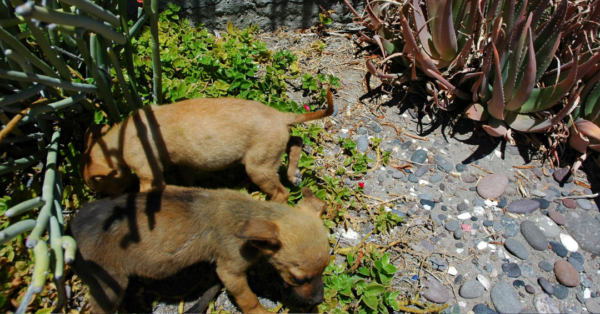 ABC further reported that at the next follow-up visit, McKenzie lied and said the dogs had died, but they were spotted on the property a few days later.

As the final inspection took place and the puppies were being confiscated, McKenzie said, “You eat murdered animals, you will never be like us — we are vegans and love animals.”

Both puppies were underweight and found to have severe calcium deficiencies. Roo also had blisters on his stomach because of the home treatment for his leg injury. 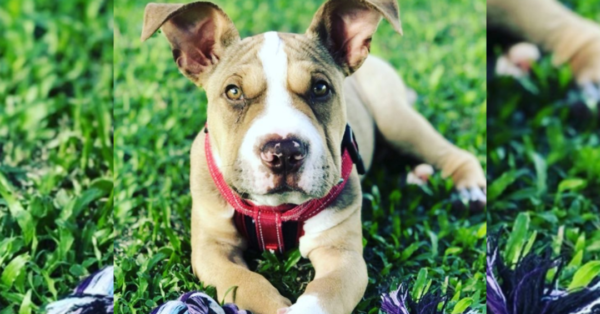 Unfortunately, Roo didn’t survive and had to be put down. After Ula recovered, he was able to be adopted out and find a forever home. His foster dad shared a photo on Instagram during her recovery saying, “This little dude is my Hero. He came from a sh*t home of neglect. He was malnourished as a puppy to the point of not having energy to even stand up. Subsequently his bones and muscles didn’t form properly and now has an arched spine and bowed front feet. All of this and yet he is the most cheerful playful friendly little dude I’ve met. Love you to bits Ula.” 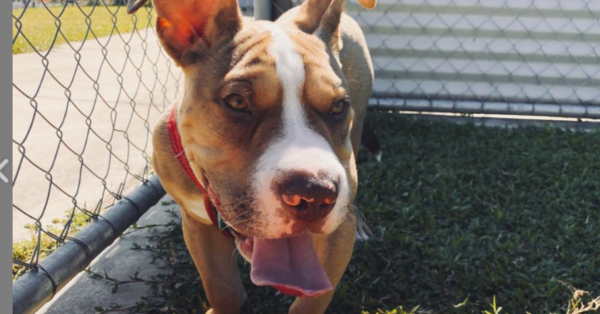