A house fire almost ended Taka’s life, burning most of his face and stomach, but he’s got a lot to live for today, and an amazing human to live with.

Taka was inside a screened-in porch when the fire started. His family was unable to get close enough to save him. They ran from the house, leaving Taka back inside.

He worked his way out of the blaze and ran down the street. Hair was singed off most of Taka’s face and belly. He was covered in burns and in serious need of help. Luckily, a neighbor nearby found Taka and rushed him to the emergency vet.

“He had burns around his eyes, his mouth, his ears, his belly,” Emily Martin, a veterinarian at the Care More Animal Hospital in Martinez,

Georgia, told The Dodo. “We really didn’t know how severe his injuries were initially, just because we had to worry about inhalation burns.”

Taka’s burns had the vets worried. His eyesight was damaged beyond repair, and the veterinary team was forced to bring him to the University of Georgia for oxygen treatments.

It must have been a harrowing experience. Taka’s yelps could be heard throughout the hospital, but he had the best vets around working to save his life. Martin wasn’t going to let him down. 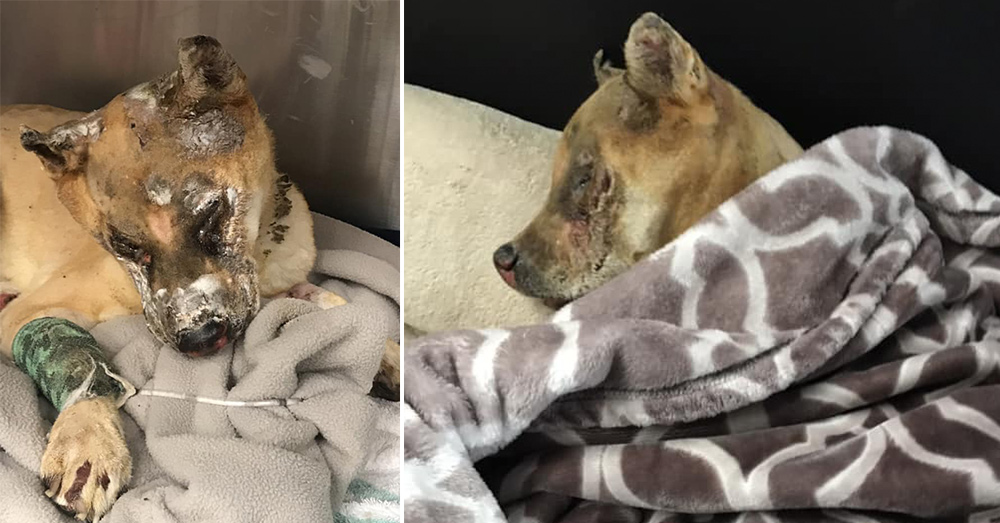 “I try to treat my patients all the same, but his case pulled at my heartstrings a bit more,” Martin said. “When he came in, he was screaming from pain … but he calmed down the moment you sat with him and started singing to him.”

After explaining to Taka’s family what had happened to their dog, and the intensive care he may need going forward, they let him stay with Martin. And as Taka’s lifeline, Martin knew she couldn’t let him sleep alone in his weakened condition.

“I was up with him all night at my house, so the following day, we were both exhausted,” Martin said.

The following day, both Taka and Martin were a little tired. They took a quick nap in one of the kennels.

It’s clear Martin cares very much about Taka. She’s determined to stick by his side until remakes a full recovery.

“He went through something so traumatic and so painful, and yet he doesn’t give up,” Martin said. “He’s so resilient.”

Martin has five other dogs at home, along with a 7-month-old baby, so she may not be able to bring him home forever. In the meantime, she understands his kind heart and personality, and wants to see him go to a home that appreciates those traits, and gives him the care he needs. 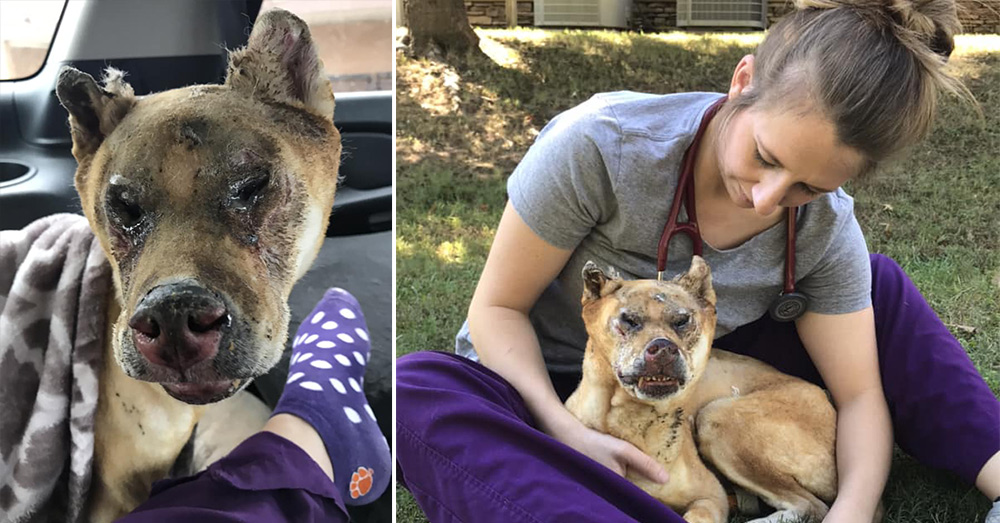 SOURCE: CARE MORE ANIMAL HOSPITAL
VET EMILY MARTIN WAS WILLING TO DO ANYTHING TO HELP TAKA SURVIVE THE ORDEAL.

“He doesn’t have a mean bone in his body,” Martin said. “A lot of times when animals are in pain, they’ll start biting just because they hurt, but he hasn’t once tried to bite. If anything, he’s comforted by people.” 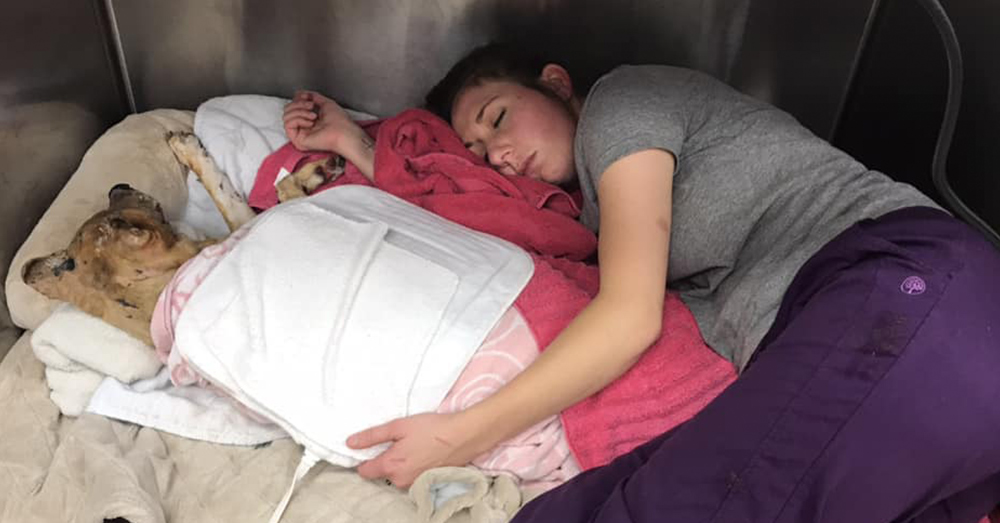 SOURCE: CARE MORE ANIMAL HOSPITAL
MARTIN AND TAKA TOOK A NAP IN ONE OF THE KENNELS.

Taka’s injuries have taken his eyesight and burned most of his face. He has a long road to recovery ahead, but he’s on the right track.

Thanks to Martin and the staff at Care More, Taka has been eating and going potty on his own.