You might have heard of various kinds of pets, but have you heard of a pet wolf? Yes, you heard me right. Kira is a pet wolf who was abandoned by her mother.

The mother refused to feed Kira and her two brothers. Kira’s mother is a wolf-refusenik who was returned back to the kennel.

The baby couldn’t survive alone. This is when Alida the human decided to come to her rescue.

Alida took Kira into her house, trained the baby wolf, and brought her up. So thanks to Alida, Kira got a second chance at life.

“Kira is unique because her mother is a wolf and her father is a hybrid of a malamute and wolf. She is a high-percentage hybrid with a conditional content of wolf genes of 75% minimum. “I had been planning to get a hybrid or a wolf for a long time and Kira was brought, 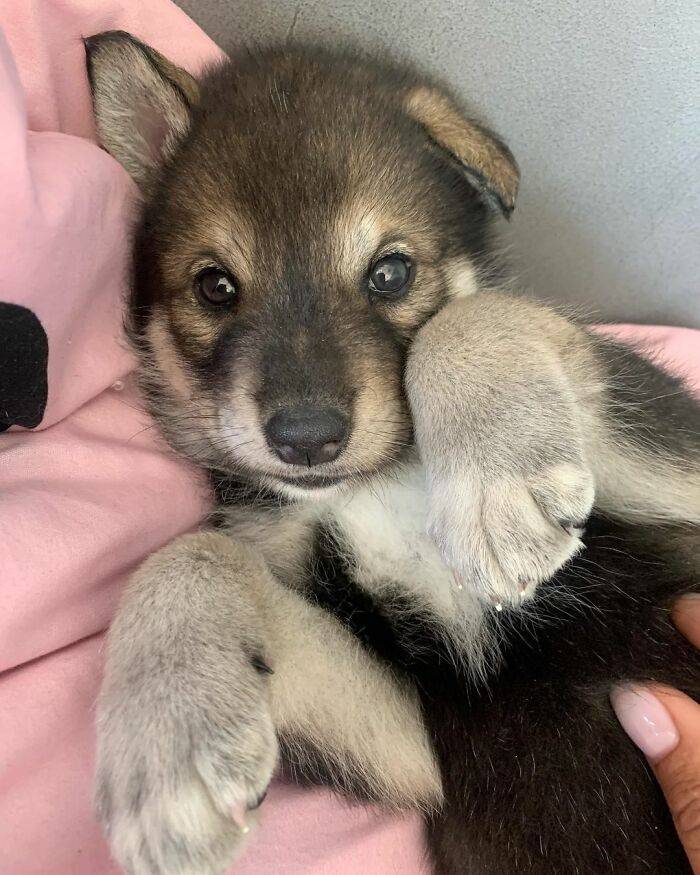 as it should be, with documents from the center for rescue and socialization of wolves ‘Ardent Winds’” Alida commented. 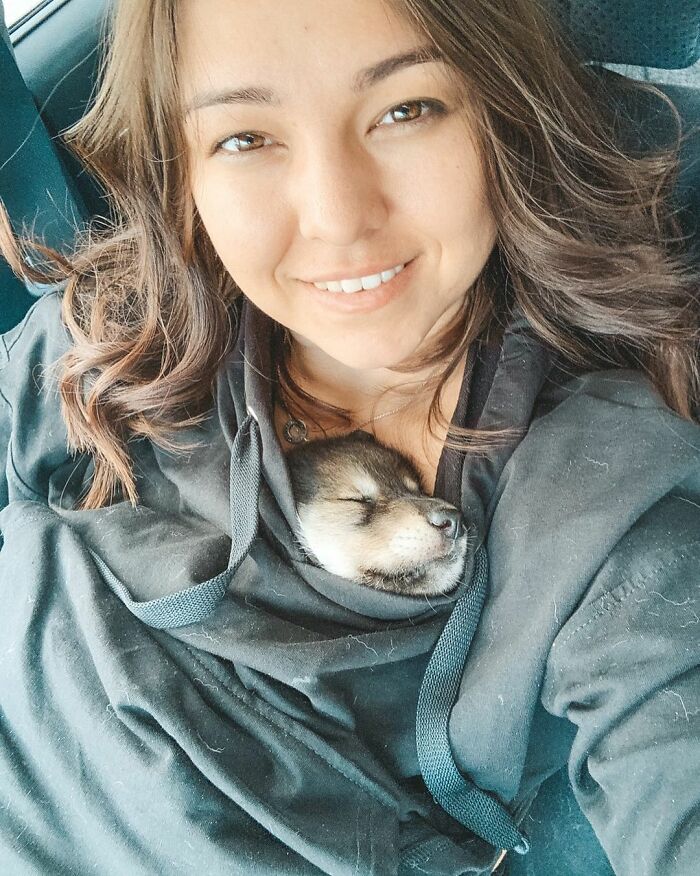 It was no easy task to domesticate the wolf because she was wild at heart. So Alida had to put in a lot of work into domesticating Kira. Since the baby wolf needed socialization, Alida made sure that Kira met with kids, adults, and other animals. 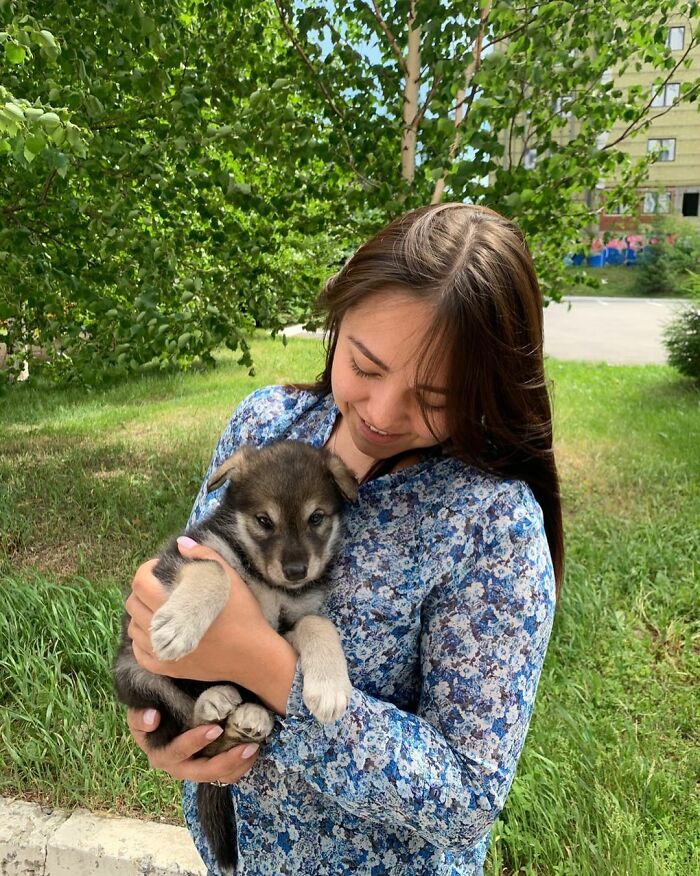 She ensured that the baby wolf met with many people to adapt to the environment. It was no easy task but Alida wanted Kira to feel comfortable in an urban environment. 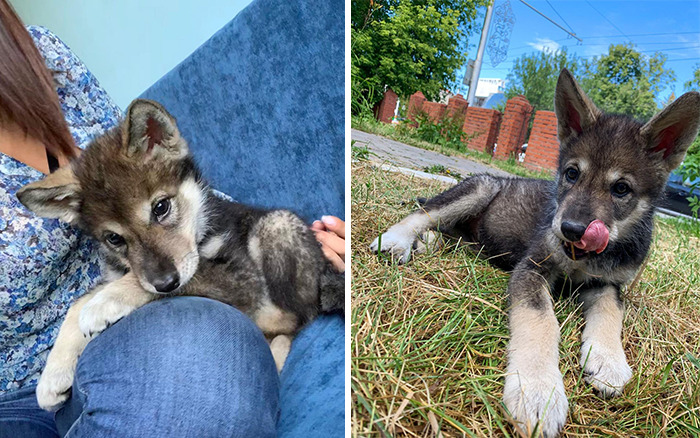 According to Alida, Kira is the only wolf in Russia with such successful socialization and upbringing in an urban environment. Kira is not aggressive and she treats children carefully making sure not to scare or upset them. 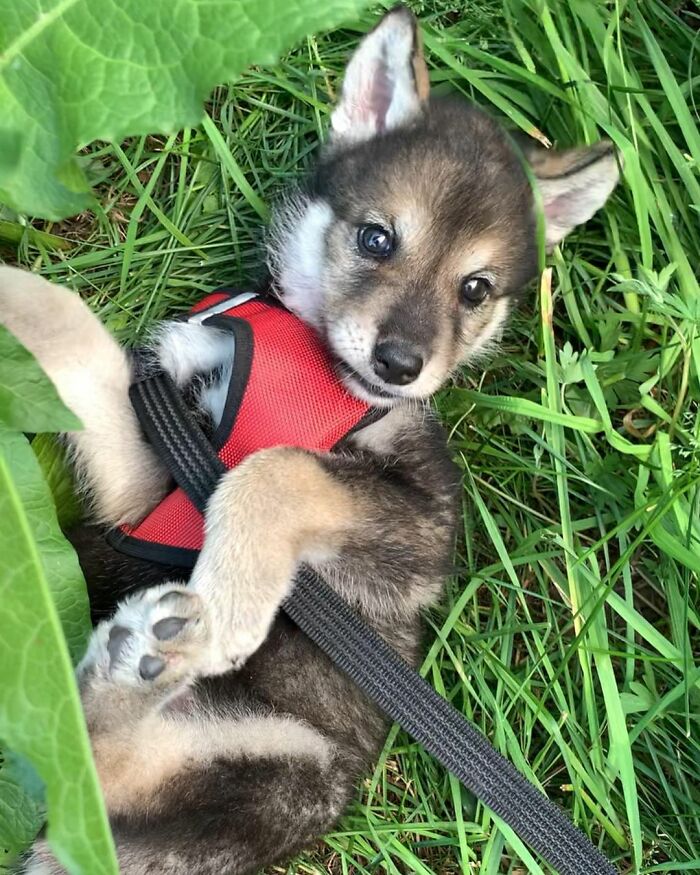 This wolf has no conflicts with other animals. She has even been on many adventures along with her human owner. People question Alida as to what it’s like living with a wolf. But Alida doesn’t face many difficulties since Kira is very friendly with people. 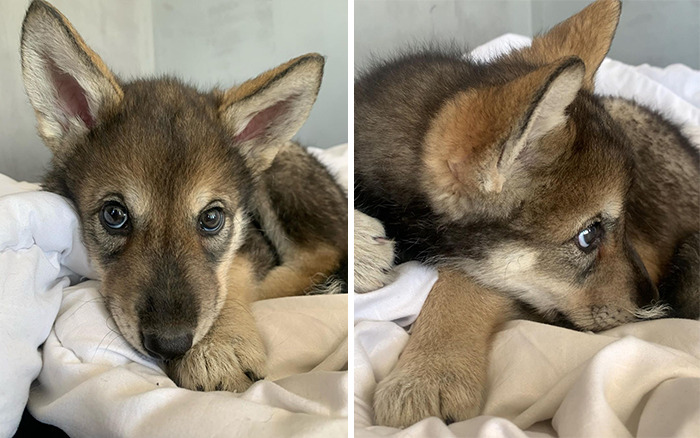 The fully domesticated wolf now lives happily with Alida and her son Bogdan. They love each other very much. 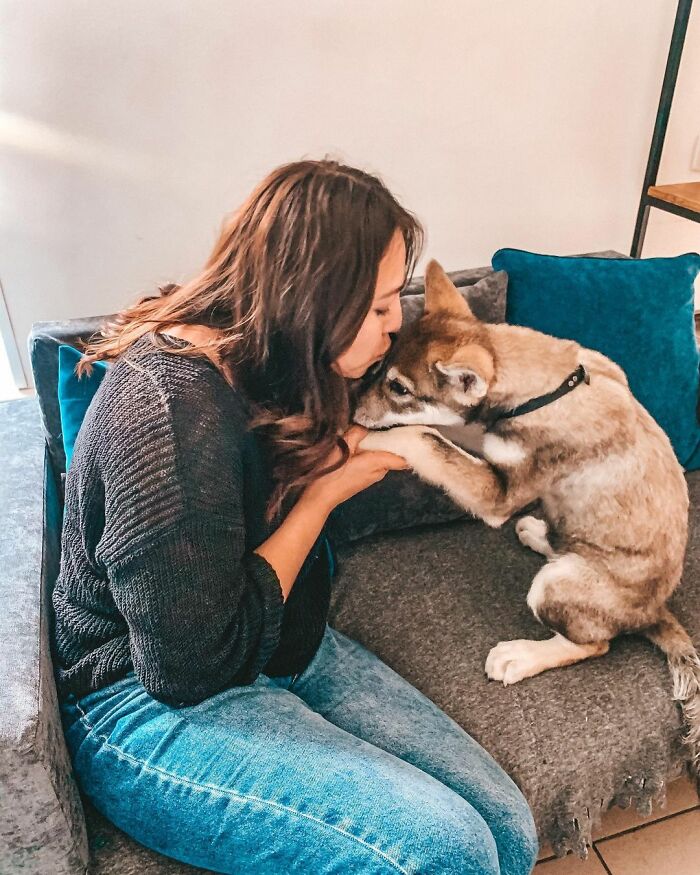