When single mom Tia and her 76-year-old father set off for a hike last July, they had no idea what they were about to come across. The pair had been on the mountain for around three hours, and having successfully completed their ascent, were on their way back down again when they came across a badly injured Springer spaniel.

The dog was in a bad way, and his owners were nowhere in sight. Tia knew that if they left him there, he would surely die.

So Tia made the amazing decision to lift up the 55lb pooch and carry him to safety – and now her story has touched people all over the world.

Tia’s interview with Pickler and Ben was shared onto their YouTube channel, where it has now received over 61,000 views. In the video, she explains her thought process behind getting the dog to safety:

“The dog was with another family who had found him,” Tia recalled. “They asked if he was my dog, and I said no. They didn’t know what to do, as they had little children with them who had never hiked this hike before.” 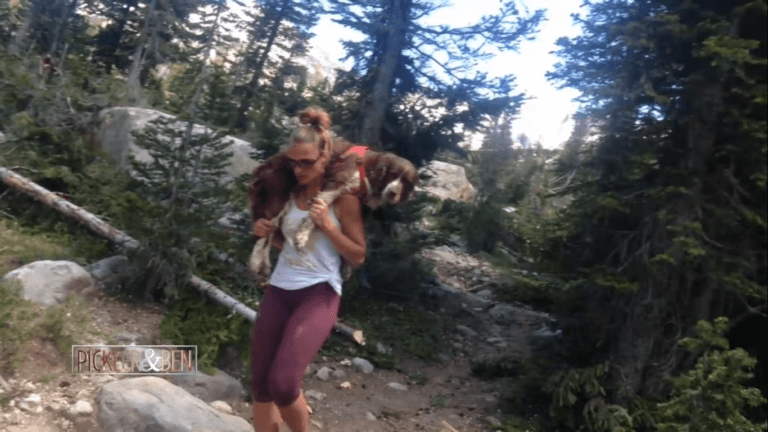 The family was not in a position to be able to take the do g- but Tia was. She knew that the dog wouldn’t be able to make it down the mountain by himself, so she picked up the 55lb pooch and carried him to safety on a journey that lasted six miles and six long hours. 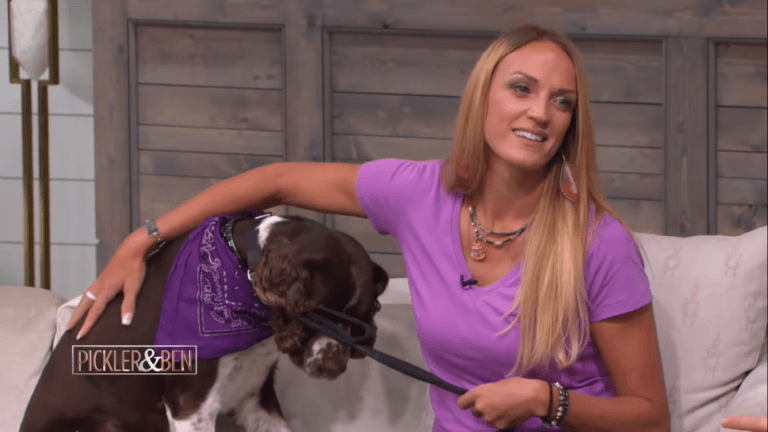 “We came together and decided that I would carry him down and look for help,” Tia explained. “He was pretty beat up so he couldn’t walk. At that time, I didn’t know how long he had been out there for. For all I knew, It could have been a week.” 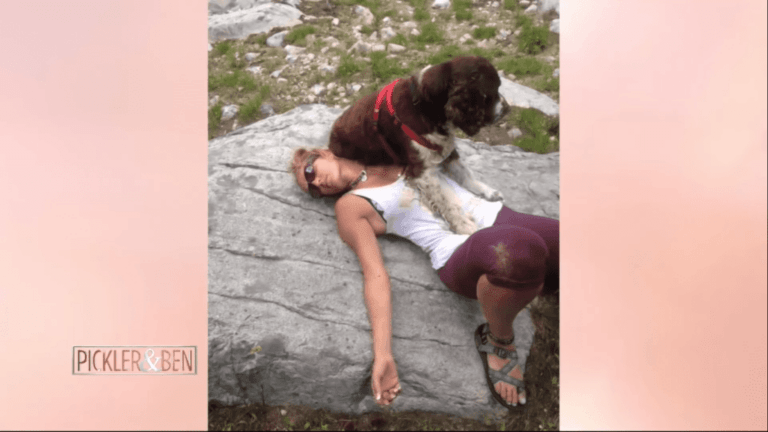 The hike back to civilization was incredibly tough, and Tia remembers praying for help at one point.

“We had to hike through snow, we even lost the trail at one point. It was one of the hardest things I’ve done in my life,” she said.

Tia is a gymnast and confesses to having strong quads- but the six-mile journey with a 55lb pooch really began to take it out of her. She took lots of time to rest in between hiking, and after sending a prayer, she recalls feeling a ‘divine intervention’ which made the dog’s weight feel lighter. 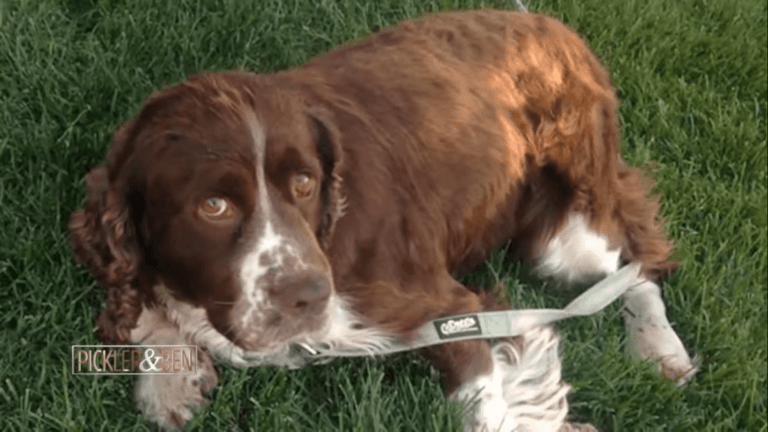 But what had happened to Boomer the dog’s owners?

When Tia eventually reached the ground, the story of Boomer’s injury could be pieced together. It turned out that Boomer had been out on a hike with his owners when he ran out onto a snow crevice and slipped. The poor dog had fallen from a 100ft cliff and then rolled another 200ft.

Boomer’s owner’s rushed frantically down the mountain to get to him, but by the time they got to the bottom, he was gone. 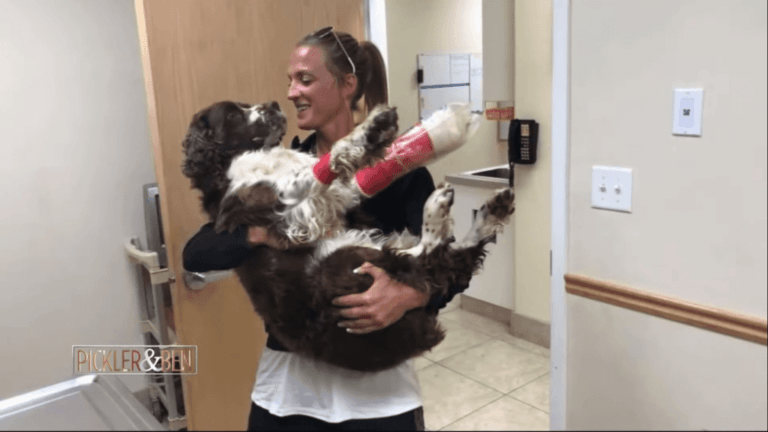 They stayed out till dark looking for him, but eventually, they had to admit defeat. They thought he had crawled into a bush and died.
Tia discovered that the owners were in the middle of moving to Arizona. Their hike was meant to be the last hurrah with Boomer before they gave him to his new owners – but now Tia couldn’t stop thinking about the sweet dog who she had grown such a connection with.

“It pulled at my heartstrings all night long, and when I woke up the next day, my first thought was “that dog’s supposed to be mine,” she said.

Thankfully, after speaking with the dog’s owners, a decision was made that Boomer would now be Tia’s dog. And although he still needs surgery to fuse some of his bones together, Boomer is already doing much better.

It was incredibly lucky that Tia was there when Boomer was most in need. Thanks to her huge gesture of kindness, he’s still here today.