A Good Samaritan, Andrea Athie, was making the drive down a long deserted road when she spotted an injured “homeless dog” on the side of the road in need of help. Andrea pulled over to rescue the skinny dog, heartbroken to see that the poor thing was dragging a broken leg. Andrea guessed that the dog must have been hit by a car, and she immediately took him to the nearest veterinarian clinic for medical attention.

On the drive to the vet, the grateful “dog” cuddled up to Andrea, expressing his gratitude for the rescue through kisses. Once they arrived at the clinic, Andrea was astonished to learn that the sweet and docile pup wasn’t a dog at all. Instead, the vet confirmed that he was in fact, a wild coyote!

The poor coyote was in bad shape – his health was declining due to many internal injuries. The vet immediately reached out to a wildlife rehabilitator in order to get the coyote the proper care. Unfortunately, even lots of effort, the coyote passed away due to his injuries – perishing after 5 days in the wildlife hospital. 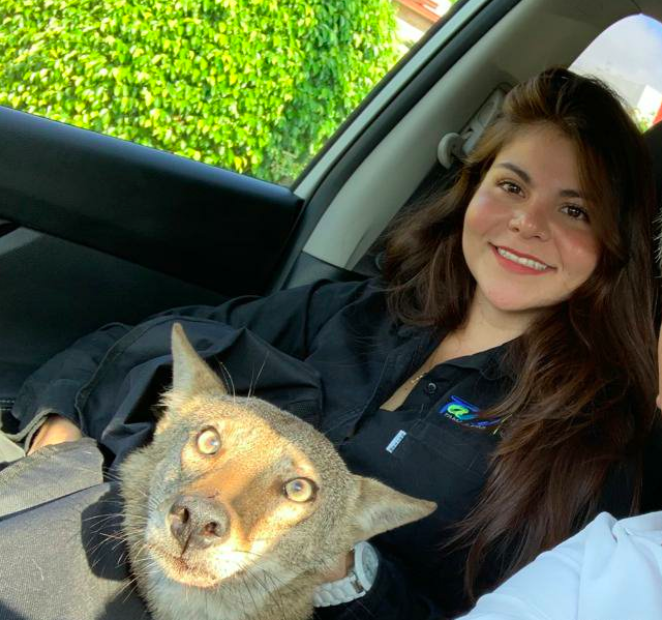 Andrea was beyond devastated, still plagued by the memories of the loving coyote and their car ride together. At least she was able to give him some comfort and help in his last days.