Just from looking at her, you could tell that Grandma Dot hadn’t had an easy life, with her skinny body, roughed-up ears and dull coat.

Several months after she arrived at the LifeLine Animal Project shelter in Atlanta, the veterinarian delivered extremely unwelcome news.

The deaf and elderly pit bull, who’d likely never lived inside a home, had a cancer that couldn’t be treated.

Some might have opted to end Grandma Dot’s life at that point. She’d been at the shelter since February.

But staff at the LifeLine Animal Project became more determined than ever to find this friendly, gentle, dying dog a home with someone who would become a foster hospice parent.

The shelter would provide medication and other support, and the “fospice” parent would make sure Grandma Dot’s best days were still ahead of her.

“She is so loving that she deserves to know what it’s like to be loved back,” Karen Hirsch, a spokesperson for LifeLine Animal Project, tells The Dodo.

In early July, Jessica Miller was just completing her LifeLine Animal Project volunteer orientation. The last part was a tour of the shelter. 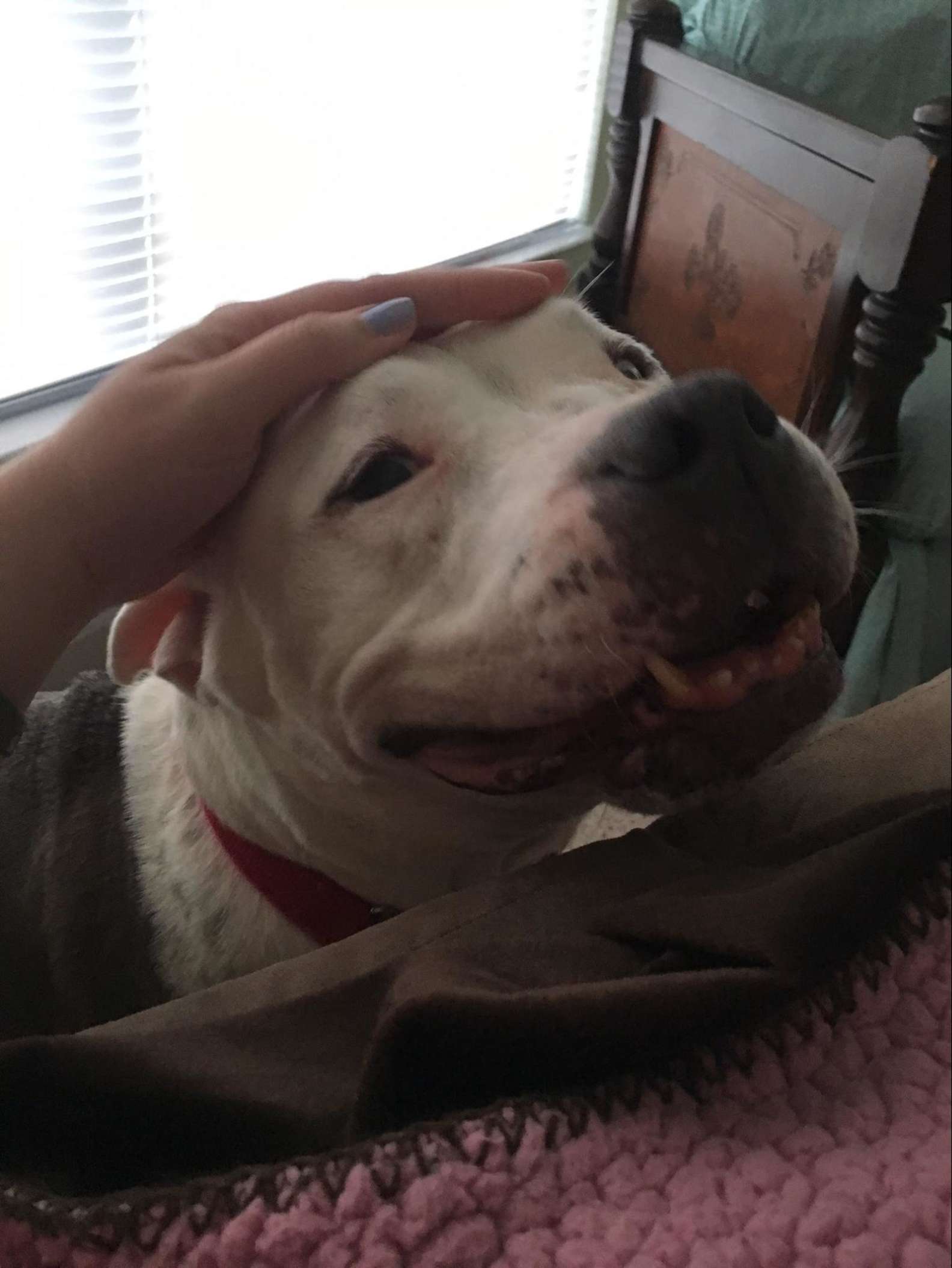 “The very last kennel we stopped at was Grandma Dot’s,” Miller tells The Dodo. 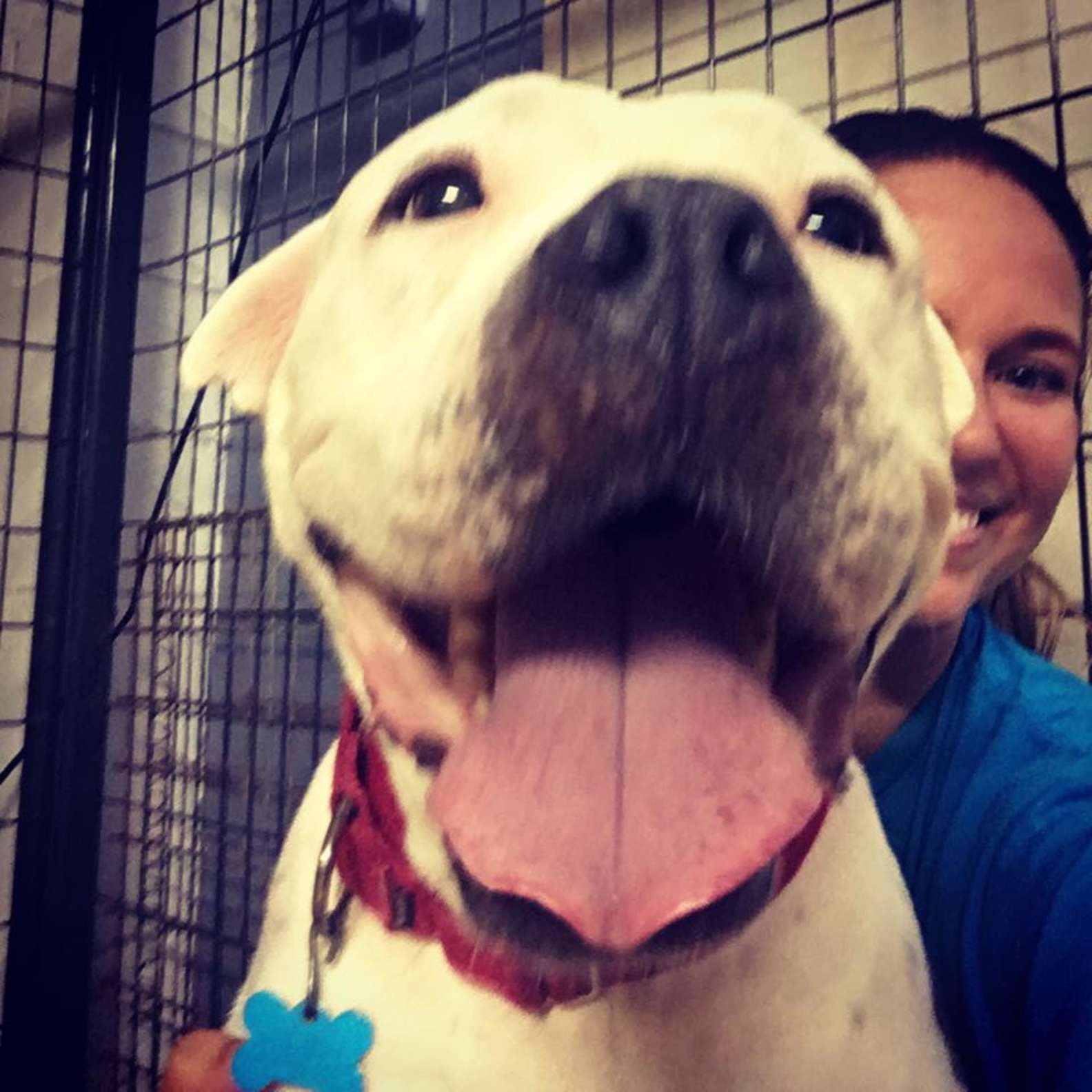 The tour guide described Grandma Dot’s tough life, and the illnesses afflicting her — along with the hope that, as adored as she was there, the shelter would not be the place where Grandma Dot would die.

“They knew she wouldn’t have much time and desperately wanted her to be in a loving environment for whatever time she had left,” Miller says. “I was instantly moved and knew that was my purpose.”

After years of neglect, then months in the shelter, Grandma Dot went home on July 8.

Grandma Dot is loving her new life, and Miller loves giving it to her.

The dog’s crazy for car rides with the air conditioning up at full blast, and is so enthusiastic about kicking up dirt after peeing that she comes close to toppling herself over. 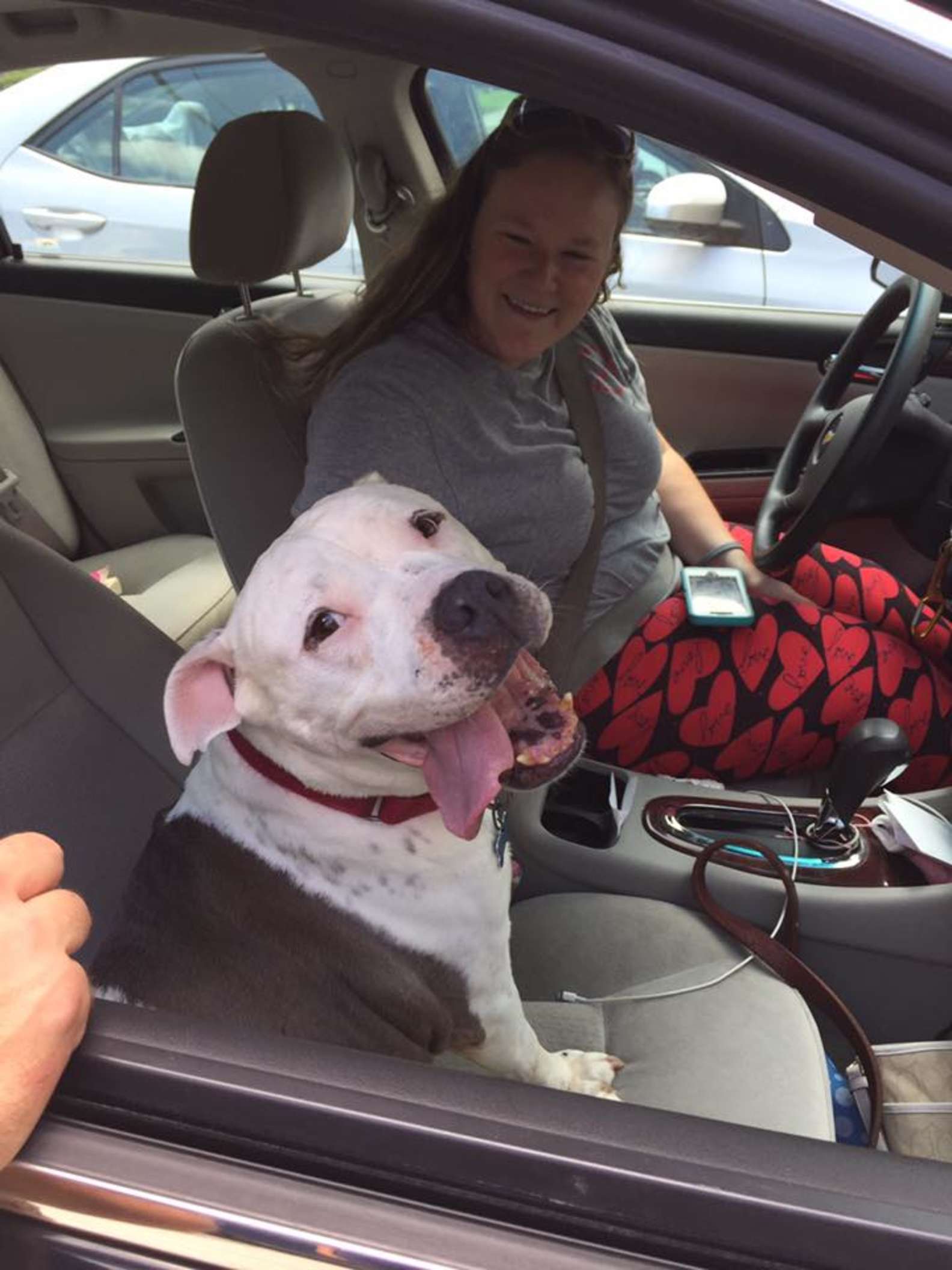 Grandma Dot’s as vigorous with her licks as she is finicky with her snacks — which Miller finds completely charming.

“She has inhaled an ice cream sandwich and turned her nose at fried apples I made. It’s so much fun giving her little treats of my meals and seeing what she likes and dislikes,” she says. 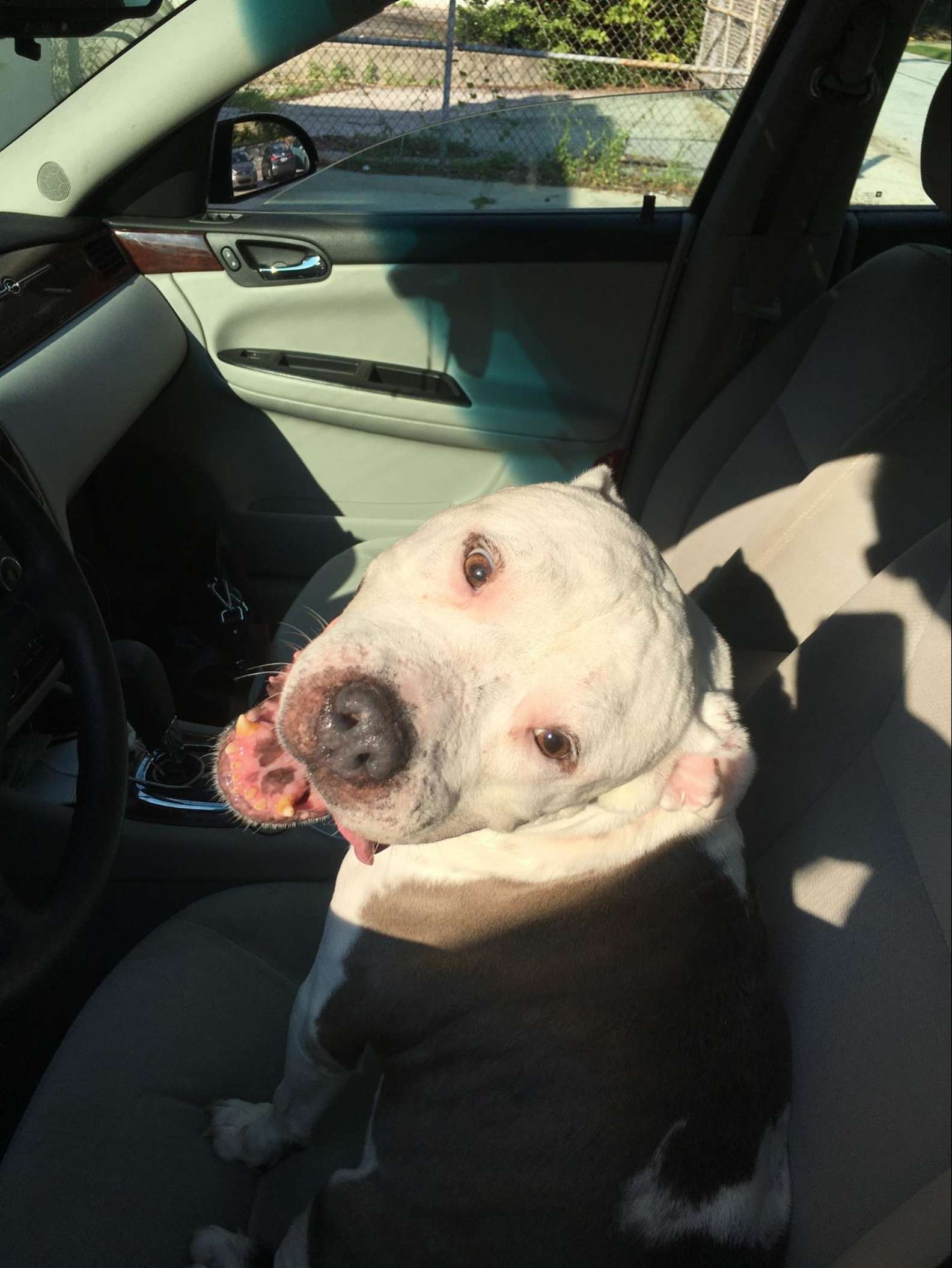 Grandma Dot is on a whole lot of pills — steroids, anti-inflammatories — and acts like she’s feeling great. But due to her age and physical condition, her cancer can’t be treated.

Miller doesn’t know how long they will have together, but she knows it won’t be even close to forever. It’s hard. She’s broken down a few times, and “just held her and cried,” Miller says. “The thing that makes it so much better is seeing how much joy she has for everything I’m able to give her.” 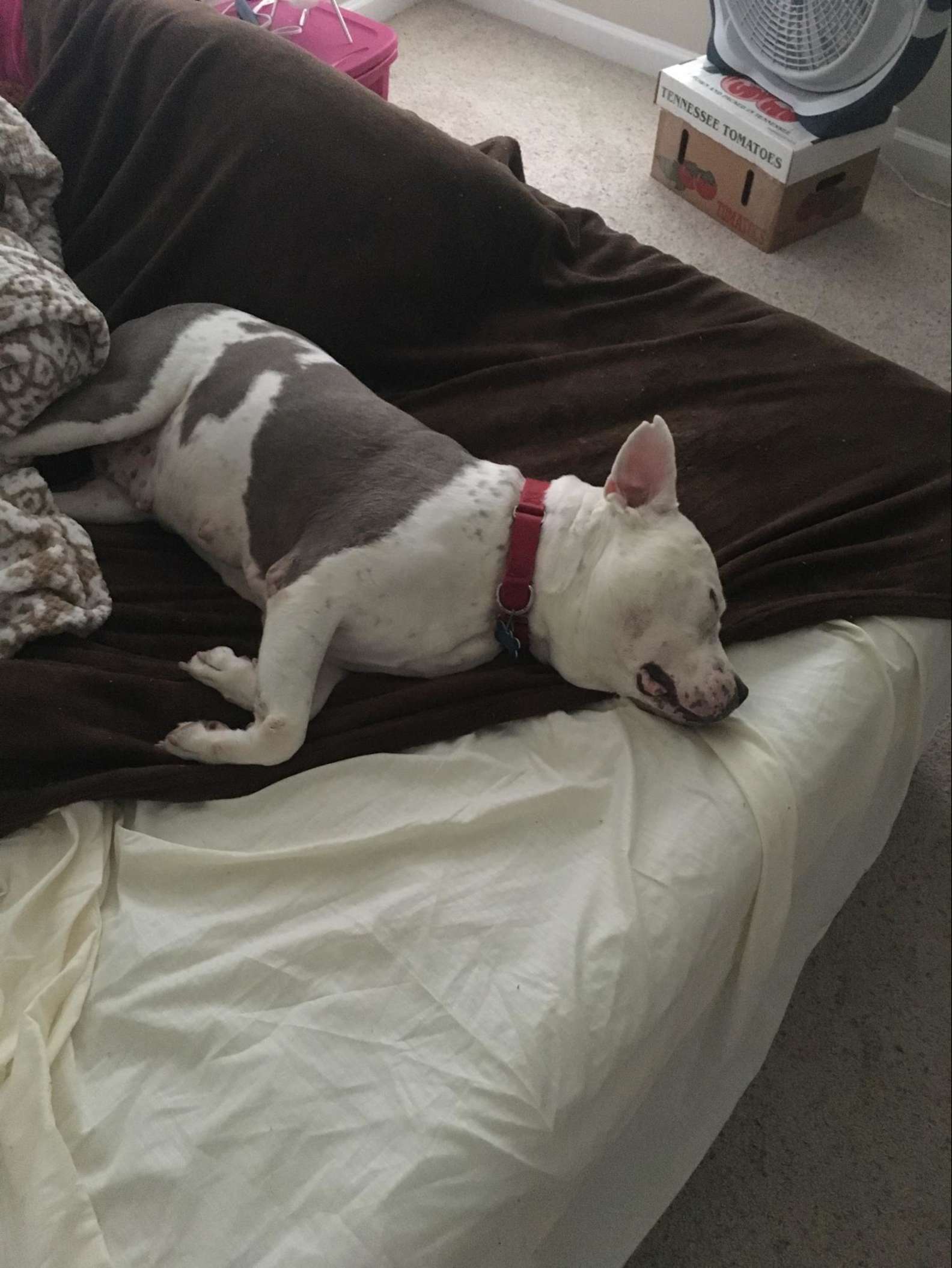 It is a beautiful thing that Miller has done here — taking Grandma Dot in and loving her so well, Hirsch says.

It’s everything she and the others at LifeLine Animal Project had hoped for.

“It only takes one person to change the life of a dog. In this case it’s Jessica who will keep Grandma Dot from dying without ever knowing what it feels like to have a human love her, care for her and spoil her,” she says. 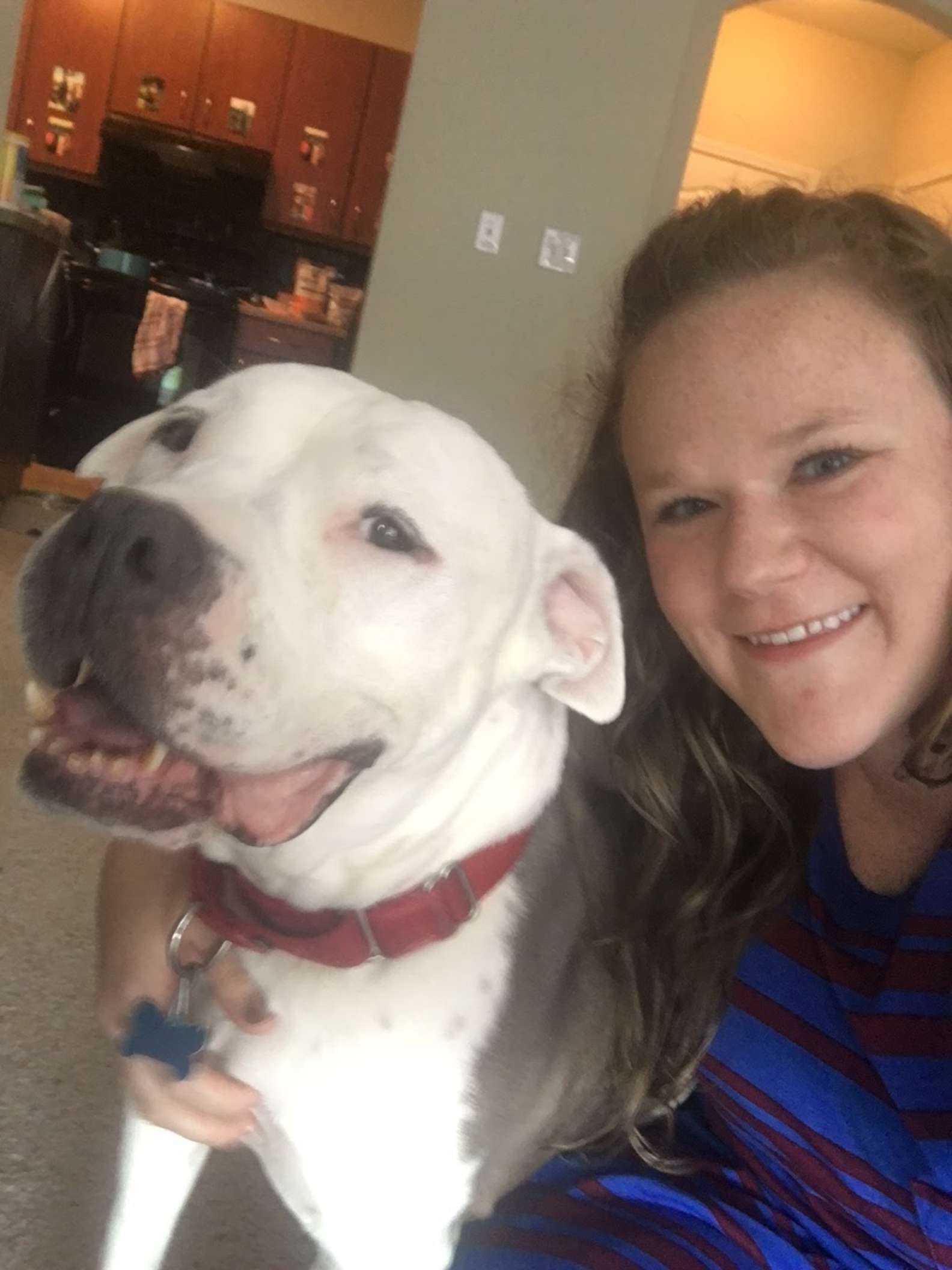 “She will now leave this world as a happy dog who was loved and spoiled, because one person decided to selflessly see her through to the end.” 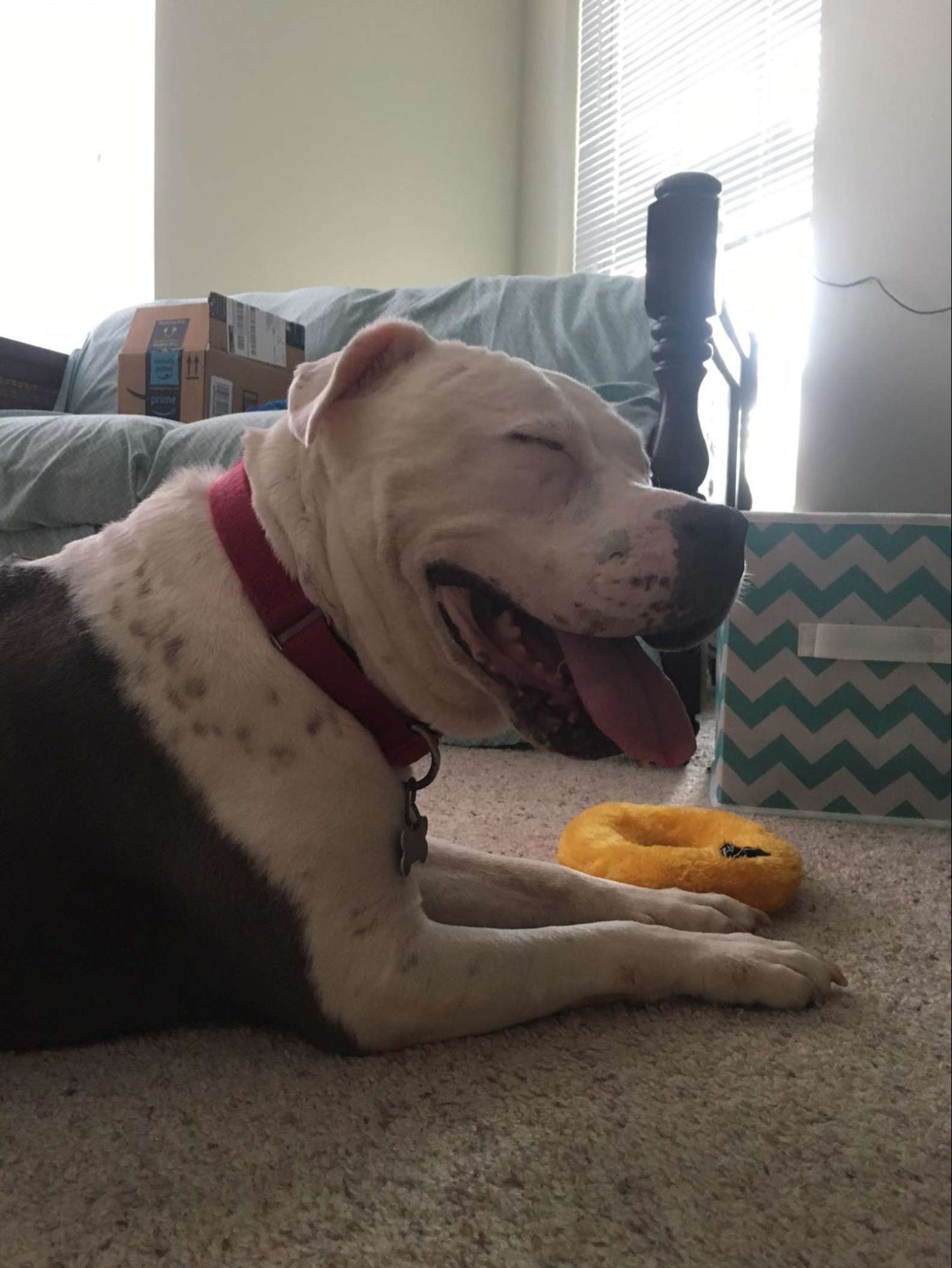