Ducky spent the past six years of her life living in a small corner of a room, crowded with other animals. The dog didn’t receive proper care, food, human interaction, or love – she was absolutely terrified of humans. But slowly, rescuers began to break through her shell and help her learn to trust for the very first time.

Elli, the founder of Sky Sanctuary Rescue, a nonprofit animal rescue based in Arizona, received an email regarding 30+ animals needing to be rescued. Without hesitation, she set out to investigate and what they discovered was heartbreaking.

As the rescue shared on Instagram, Elli found “a room filled twenty cats and animal excrement,” and in the corner of that room was a big, fluffy, terrified dog, desperately waiting for help to arrive. 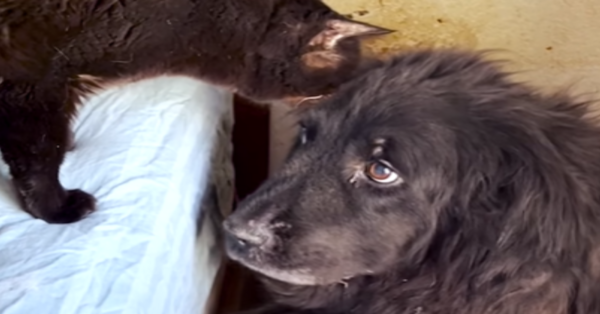 That dog, now named Ducky, had spent years living in that corner of the disgusting room. As the Instagram post explained, “She was never handled, never touched, never given a chance to be a dog.”

If it wasn’t for Sky Sanctuary Rescue, her chances of having a normal life would’ve ended there. According to that rescue, Ducky was “deemed feral and set for euthanasia.” They said, “multiple organizations and citizens gave up on her, deeming her unadoptable and feral which they claimed to warrant euthanasia.” 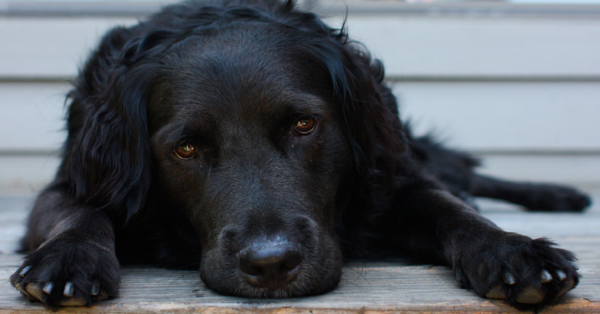 Thankfully, Elli and her team weren’t ready to give up on the poor dog. Elli got her cleaned up and Ducky went to live with one of the rescue’s team members, who happens to have four other dogs at home.

In an interview with The Dodo, Ducky’s foster mom explained that she was a little apprehensive about bringing Ducky home to meet the other dogs, but it ended up being the best thing that could’ve happened. 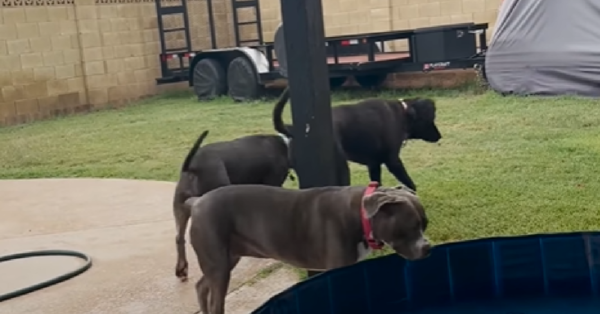 As it turns out, while Ducky was terrified of humans, she was much more comfortable around other animals. After three weeks of living in the foster home with the other dogs, she began to loosen up and show her playful side. She used her voice to bark and play and would run around with the other dogs.

After around a month of living in her foster home, Ducky slowly began to show signs that she was beginning to trust her foster mom.

The rescue shared on Instagram, “This sweet girl has been in my home for almost exactly a month and for the first time yesterday, she approached me and sought affection.” They went on to explain that it took a lot of trust for Ducky to seek out affection, and it was a huge milestone for her and her relationship with humans.

Now, going on three months since she was rescued in early July, Ducky is continuing to make massive strides in progress.

The rescue shared an update on Instagram and noted that Ducky has learned to trust new people and is starting to enjoy life a lot more. She even learned some basic commands!