Every once in a while, if you are lucky, a dog comes along that changes your life. He was found in an Arkansas ditch, a discarded and broken carcass. In 2010, at three years old, he was another casualty from a dog fighting ring.Heart-worm positive, a bum back leg, and a bullet embedded in his now meaty thigh were just a few of his battle scars.

I stopped counting puncture wounds when I got to a hundred. More than fifty razor slices were carved into the back half of his body.His blood fueled the dogs for the next fight as he was tossed into the ring and dragged back out again by a metal cord around his hind leg. 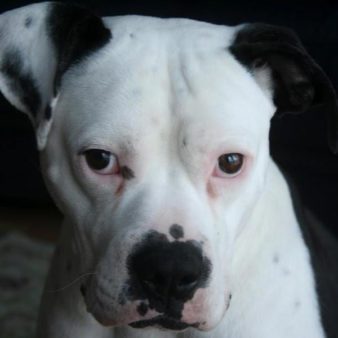 I’m thankful Lennon was so forgiving. I’m grateful that he charmed a couple of shelter volunteers into altering his paperwork so he could live three weeks longer than his “kill date” and find his way to me.The scars on his back are only visible in the bright sunlight, and then you have to look close to see them. His black splotches are so shiny and healthy they look bluish black now. His whites are whiter than white.

He went from being a scant fifty pound bony skeleton to a glorious muscular eighty-six pound American Bulldog. He’s been neutered and treated for heart-worm. 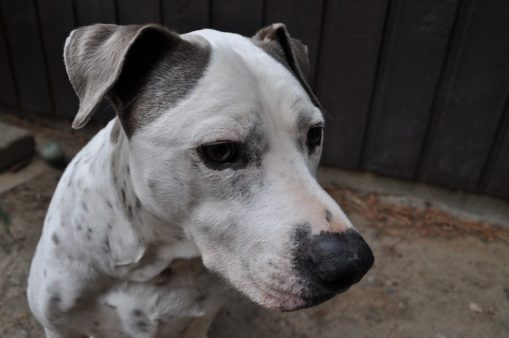 I know we have many, many years ahead of us but this is that one dog that shall break my heart when he’s gone.